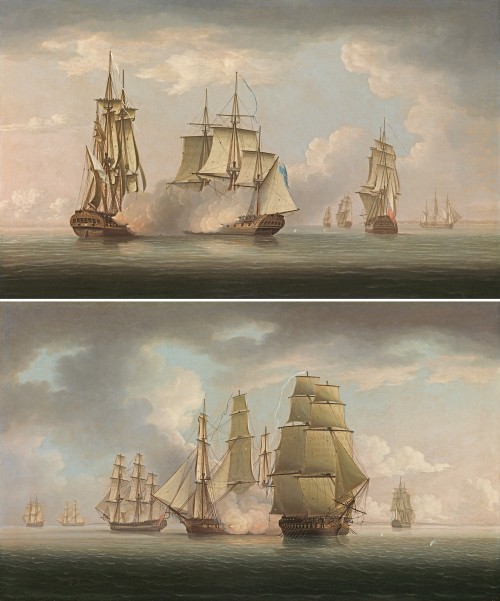 from whom purchased by Richard Spencer in 1971

The American War of Independence (1775-83) saw many Bristol-owned vessels pressed into service as privateers from April 1777. Armed merchant ships, these carried ‘letters of marque’ from the British government which allowed them legally to engage enemy merchant and naval shipping and to share the prize money from captured vessels. Caesar was a ship-rigged sloop of 300 tons, owned by Mr Robert Gordon. She was employed in the Jamaica trade until May 1779, when she was fitted out as a privateer in Teast’s Floating Dock at Wapping. From July 1780, by then owned by Messrs. Gresley, Blake & Co., Caesar enjoyed numerous successes and became celebrated in Bristol.

Captain Valentine Baker took over the command of Caesar in October 1781. He came from a family with estates near Poole, Dorset, with a long tradition of service in the Royal Navy, but had resigned his commission to become a privateer captain[1]. On 27th June 1782 Caesar was west of Lundy Island in the Bristol Channel, escorting a valuable homeward-bound merchant convoy from Jamaica. She was attacked by a 32-gun French frigate (the French were allies of the American rebels). Baker fought tenaciously and forced the surrender of the battered Frenchman, but Caesar was herself so badly damaged that the enemy frigate rehoisted her colours and escaped, later being recaptured by a British vessel and taken to Portsmouth. Baker was fêted in Bristol and awarded a handsome silver vase from the Merchants and Insurers of Bristol, ‘for gallantly defending the Ship Caesar against a French Sloop of War greatly Superior in Force to his own Ship and beating her off’. Derring-do ran in the family: Baker’s grandson was the Victorian adventurer, naturalist and abolitionist Sir Samuel White Baker (1821-1893).

Buttersworth’s pair of paintings depict the developing action, with Caesar exchanging fire with the French frigate and in the second view firing her port broadside into the Frenchman’s stern. The sails of both the French and British vessels are torn with cannon shot, caused by firing high to disable masts and yards; plumes of water show where the cannon balls have landed. The French frigate is using sweeps (oars) to manoeuvre and get of range. She wears the white ensign of the ancien régime, to be replaced within a decade by the tricolour. Scattered around, in the silvery light of the Bristol Channel, are the merchant ships of the Jamaica convoy.

Thomas Buttersworth served in the Royal Navy from 1795 to 1800 and began painting while serving as a master-at-arms during the French Revolutionary Wars. His works have a crystalline clarity and understanding of the technicalities of shipping and naval actions.

Thomas Buttersworth was born in the Isle of Wight on 5th May 1768. He enlisted aboard His Majesty’s Receiving Ship Enterprise, moored off the Tower, on 17th August 1795. On 19th August he joined the Caroline, a new frigate fitting out for sea at Deptford, and was rated an able seaman at the age of twenty-seven. In November 1796 he was appointed a master-at-arms, and in 1800 a midshipman, a promotion that could have led to an officer’s commission had Buttersworth not been invalided out of the Navy at Minorca that year and sent home.

Buttersworth began painting while still a seaman. A number of paintings of the Battle of St Vincent, 1797, and of the subsequent inshore blockading squadron off Cadiz, suggest that he was present at Nelson’s first major victory. Other Mediterranean subjects are dated 1797, 1799 and 1800, when Buttersworth was still in the Service. After returning to London, he became a professional and prolific marine painter, his knowledge of Naval life and ships giving particular verisimilitude to his work. He was appointed Marine Painter to the East India Company.

Buttersworth exhibited only one painting at the Royal Academy, The Ville de Paris off the Tagus, 1813 (when he was living in Kennington, London), and one at the British Institution, The Battle of Trafalgar, 1825 (from an address in Trafalgar Street, Walworth). He painted fleet actions, single ship actions, ship portraits and general shipping scenes in both oil and watercolour. His pupil was his son James Edward Buttersworth (1817-1894), who emigrated to New York around 1845 and became one of the most celebrated of America’s marine painters. Thomas Buttersworth died in London in 1842.

The work of Thomas Buttersworth is represented in the National Maritime Museum, Greenwich; the City Art Gallery, Plymouth; the US Naval Academy Museum, Annapolis, MD; the Peabody Museum of Salem, MA; the Mariners’ Museum, Newport News, VA and the Library of New South Wales, Sydney. 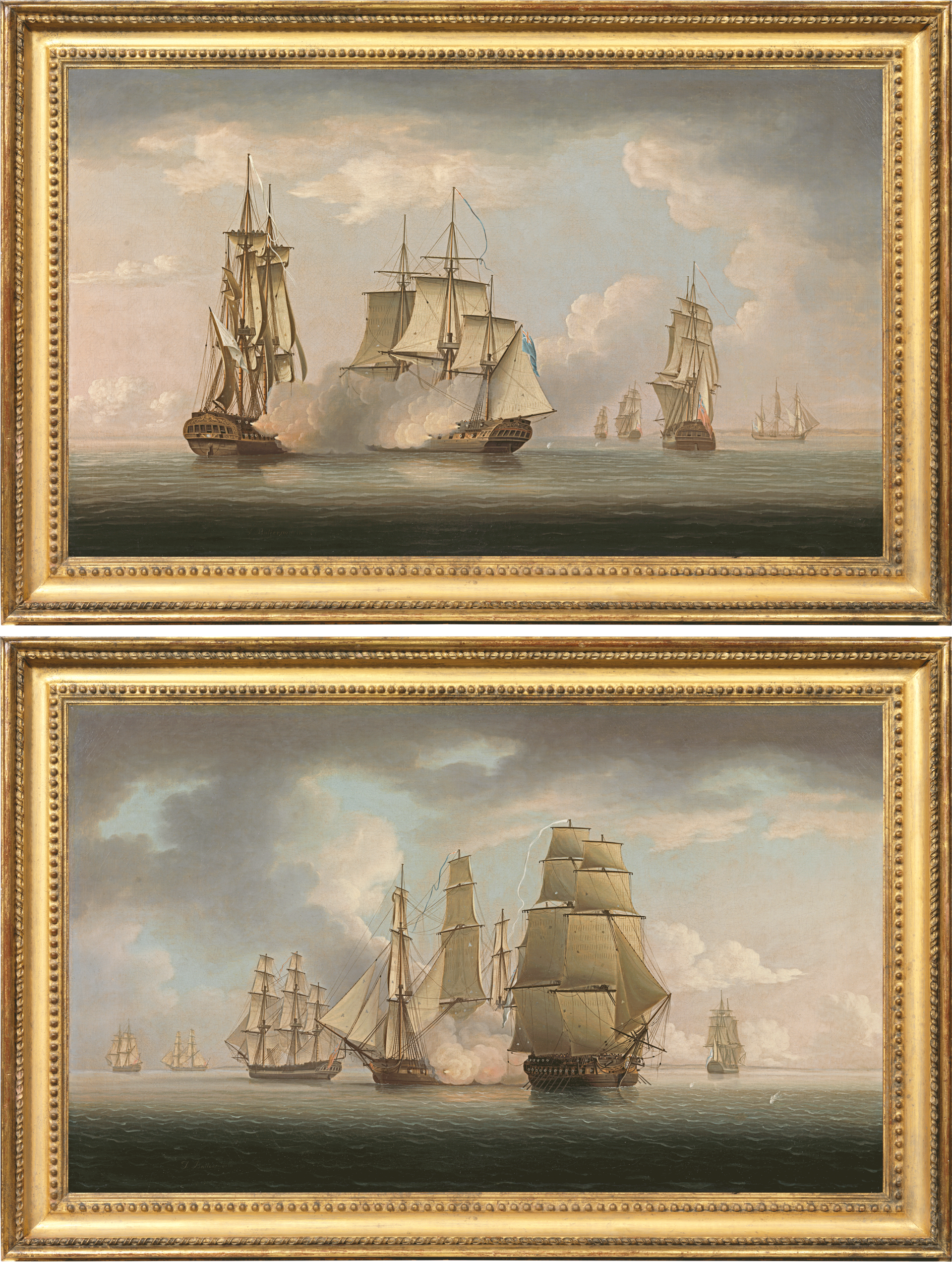