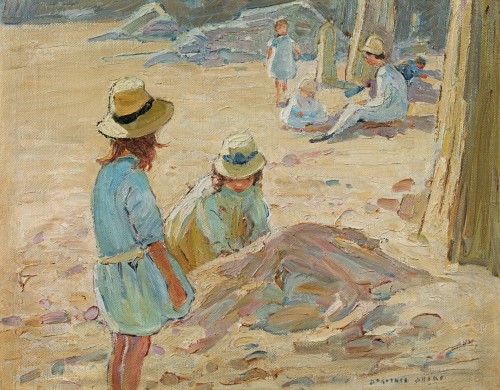 With warm golden sand as far as the eye can see, Dorothea Sharp’s enchanting beach scene, The sand castle, welcomes the viewer into her joyful, idyllic world of childhood companionship and summer holiday nostalgia. Two girls in the foreground surround the growing mound of sand before them, perhaps forming the motte for their castle. One stands with her back to us, possibly glancing at the progress of her mother and siblings beyond, while the other facing forward is more involved with the construction, concentrating on the task at hand. The warmth of the honey-coloured sand is skillfully balanced by the cool lilac/grey rocks at the top of the canvas and mauve shadows mixed with ochre, rose and blue/grey. The neat, white dresses of the children reflect both the fresh, blue shade and the sun-blanched beach, the contrast echoed in ribbons at the waist or adorning their pale, yellow sun hats.

Sharp’s broad, luscious strokes, painted en plein air, reveal her mastery of Impressionism’s bold and vivid brushwork. Having studied and painted in France, Sharp was clearly aware of the work of Claude Monet and the Impressionists and her masterful use of light and shade echoes the techniques of her French counterparts. Her choice of subject matter and tender treatment of the children who appear so often in her work is reminiscent of the work of Berthe Morisot and Mary Cassatt. Sharp did not see the work of the Impressionists for herself until she was studying in Paris during her late-twenties. The experience entirely shifted her early practice. ‘The inspiration of their work was so instant and dramatic that she suddenly switched styles, no longer able to paint in her previous, more conventional way. She recounts in her book that the colours she now used were light French Ultramarine, Yellow Ochre, a very little amount of Vermilion or Rose Madder added to Flake White, in order to create rich shadows which often played the most important part in accentuating the warm, sunlit areas in her paintings.’[1] Sharp’s spontaneous, energetic brushstrokes add to the vitality of the scene, which beautifully conveys long-lost days of adventure and the carefree innocence of youth.

We are grateful to Helen Entwisle for her assistance with the cataloguing of this work. 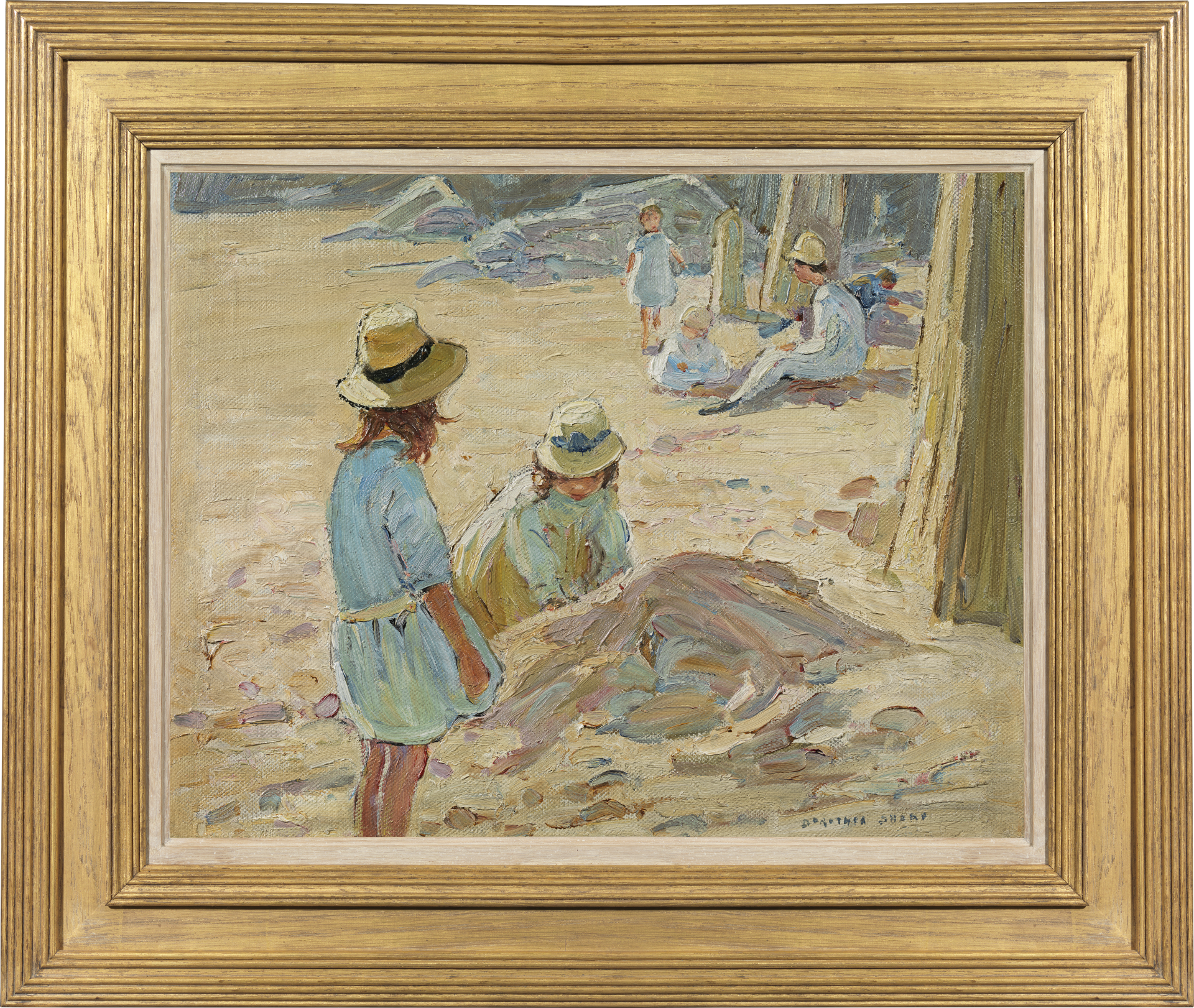