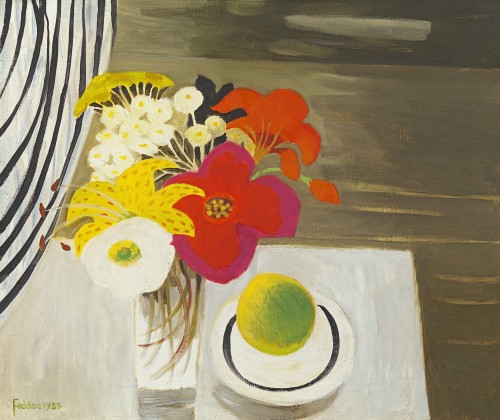 signed and inscribed on a label attached to the frame:

In a modern gilded composition frame

Fedden’s refined and accomplished use of colour lies in the artist’s instinctual understanding that when rendering pure, ecstatic colour, triumphant authenticity is achieved through a considered application, with exaggeration only serving to lessen its effects. In Garden bunch, colour is reproduced in gradients, orange is showcased through both vivid lashings of burnt blood-orange and deeper shades of vermilion and persimmon, while yellows range from the acidic chartreuse bruises of a ripening lemon to the sunshine folds of a tiger lily’s speckled trumpets. Citric tones are dazzlingly set alight in the present work through an important interplay that the artist establishes between colour and monochrome, with the two extremes of intense black and brilliant white levelling Fedden’s wider palette.

Christopher Andreae suggests that the boldness of form Fedden conveys in the flowers that fill her still life compositions, is reminiscent of another British painter and plantsman, Cedric Morris (1889–1982); further stating that neither artist makes their flowers ‘too pretty or sentimental’: ‘Painted with delicacy and an obvious pleasure in their form, colour and markings, Fedden’s flowers also have a convincing tactility and weight.’[1] Fedden confirmed that her still lifes were not to be associated with symbolism or allegory, she simply devoted herself to affectionately rendering the pied beauty and familiar strangeness that natural things inherently possess, ‘the shape and colour of fruits; the infinite variety of flowers.’[2]

1932       Commenced studies at the Slade School of Art, London, where she was inspired by her

1936       Graduated from Slade School of Art, London and returned to her native Bristol to teach

1944       Called up and sent to Europe as a driver for the Navy, Army and Air Force Institutes

1946       Returned to London, buying a house in Redcliffe Road with Maise Meiklejohn

1947       First one-woman exhibition at the Mansard Gallery in Heal’s Department Store, which led

1949       Travelled through Europe with the artist Julian Trevelyan. On their return to London they

1958-64     Taught at the Royal College of Art, London where she was the first female tutor in the

2007       Publication of Mary Fedden. Enigmas and Variations by Christopher Andreae 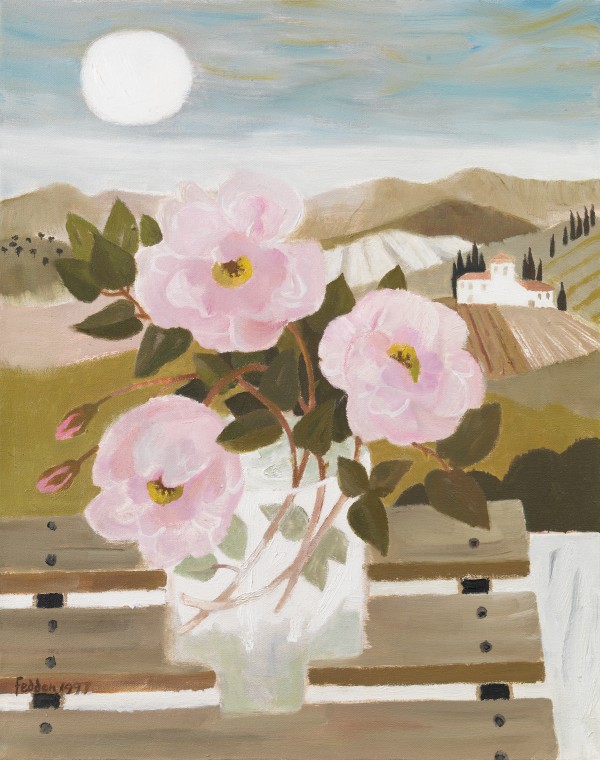 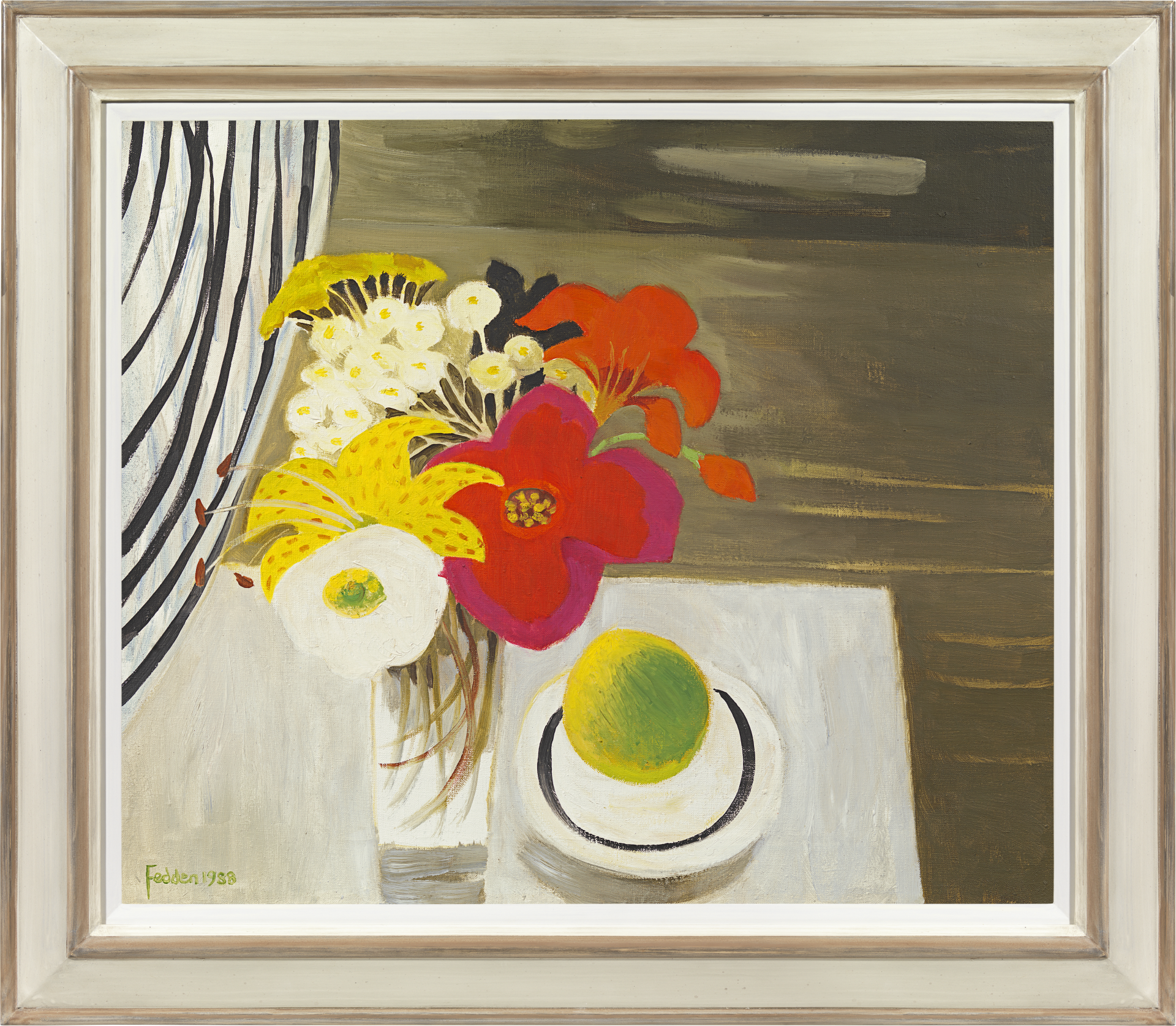