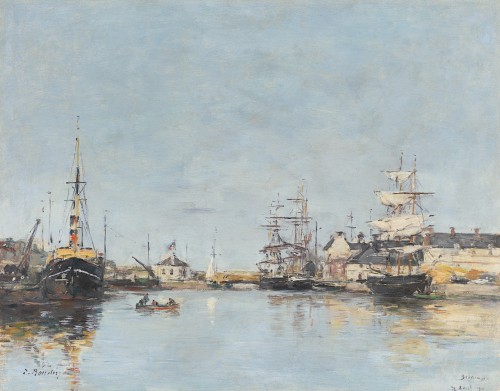 Eugène Boudin is best known for his distinctive beach scenes depicting the Normandy resorts of Trouville and Deauville, a motif which he explored with great subtlety from the early 1860s to the mid-1890s. Boudin was born in Honfleur, the son of a sailor, so the sea was in his blood. After studying in Paris from 1847 to 1854, he returned each summer to his beloved Normandy coast, sketching and painting from nature. Winters were spent in his Paris studio preparing works for exhibition.

By 1892, when this painting was made, Boudin was well established and revered as an artist: he was awarded the Légion d’Honneur that year. By this period he had moved away from painting fashionable holidaymakers on the beach to explore the Normandy life that he had known from childhood, the working ports. Fécamp, at the mouth of the river Valmont about thirty-five kilometres north-east of Le Havre, was famous throughout the nineteenth century for its cod fishing fleets, which made the long journey to the cod banks of Canada.

In this painting Boudin depicts Fécamp’s bassin with a group of sturdy three-masters and smaller vessels. His flickering brushwork, which describes the intricacies of sails, masts, yards and rigging with great brilliance, is influenced by the younger generation of Impressionists whose mentor he had been. Boudin’s early beach scenes employ strong local colours. Here Boudin aims for the harmony of a more subtle palette: the gentle, cloud-flecked blue of Normandy coastal light, white houses and sails, with touches of bright red and yellow on the shipping. He avoids the anecdotal quality of a bustling port. Here all is dreamily quiet, the water millpond-calm and the only overt human presence a boat with three fishermen being rowed across the water. 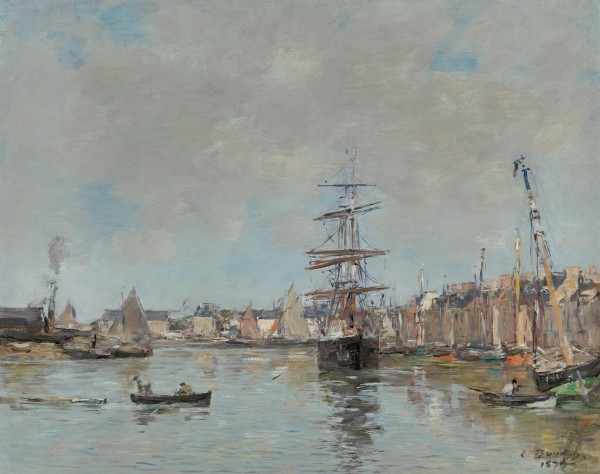 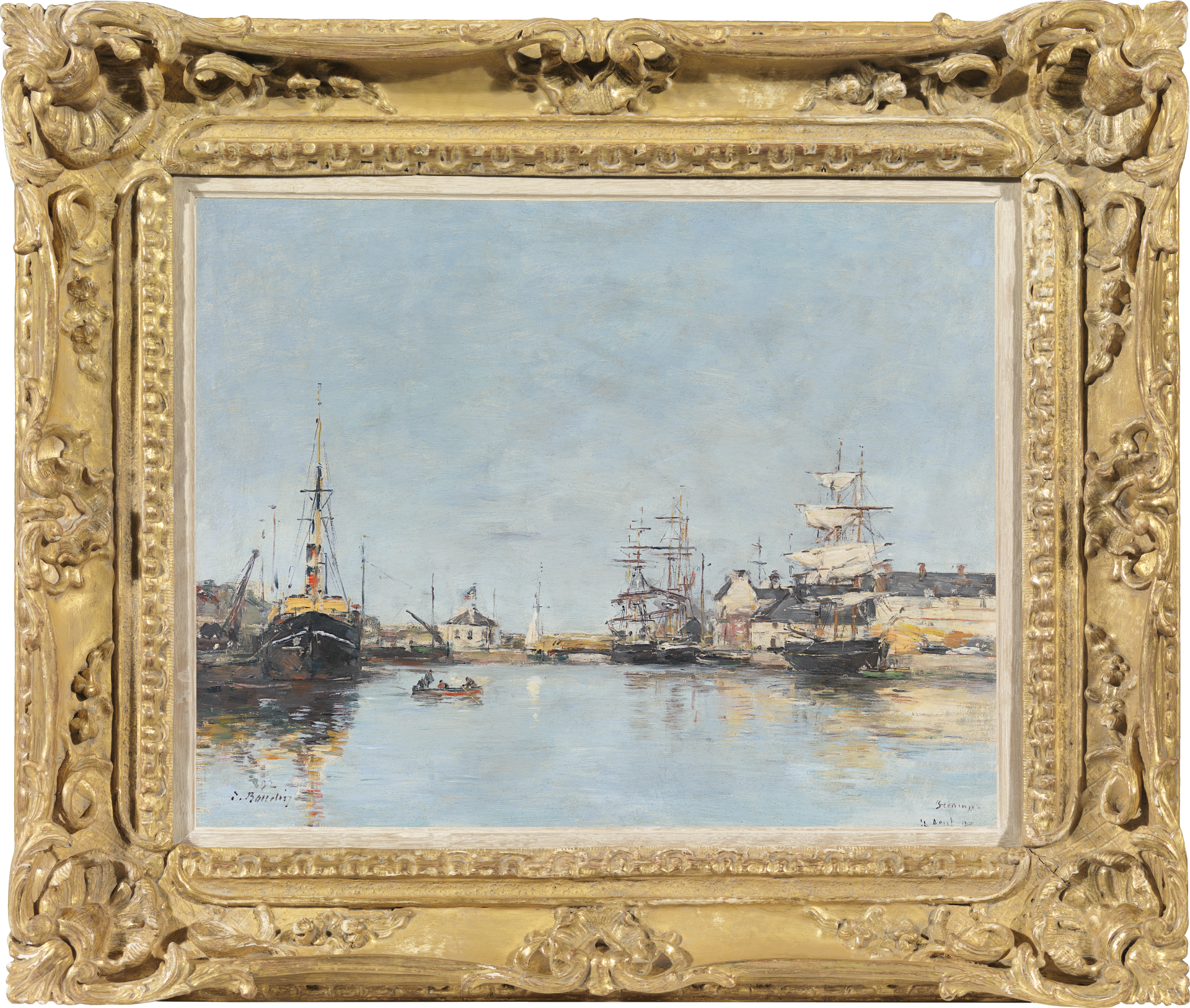