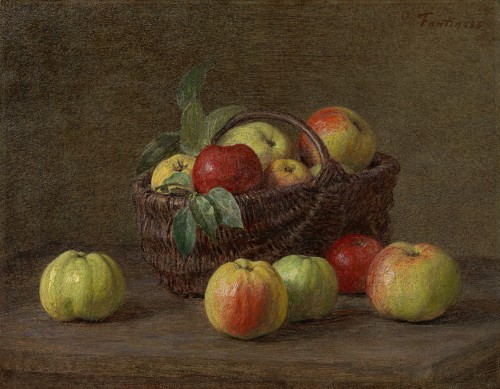 To be included in the forthcoming catalogue raisonné of the paintings and pastels of Henri Fantin-Latour currently being prepared by Galerie Brame & Lorenceau.

Henri Fantin-Latour had a profound understanding of the tradition of European still life painting, copying works in the Louvre and being particularly influenced by the exquisite compositions of Jean-Baptiste-Siméon Chardin (1699-1779). His early still life paintings from the 1860s were complex, with arrangements of flowers, fruit and ceramics on table tops. In the following decades he greatly simplified his compositions and began to specialise in flower paintings, particularly of roses. However, as this arresting work shows, he continued to make vey fine fruit still lifes into the 1880s. Fantin-Latour employs his characteristic brown, gently textured background, against which the yellow, green and red of the apples stand out with sculptural solidity. The composition is restrained, yet beautifully balanced, and each apple is individualised in texture, form and colour.

The first owner of this work was Ruth Edwards, widow of Edwin Edwards (1823-1879), an English lawyer and amateur artist whom Fantin had met through Whistler on his visit to London in 1861. Edwin and Ruth acted as his agents in Britain, disseminating an enthusiasm for Fantin’s work among the garden-loving nation. The Edwardses also shared with Fantin a passion for music, particularly Wagner; Mrs Edwards was a fine pianist. 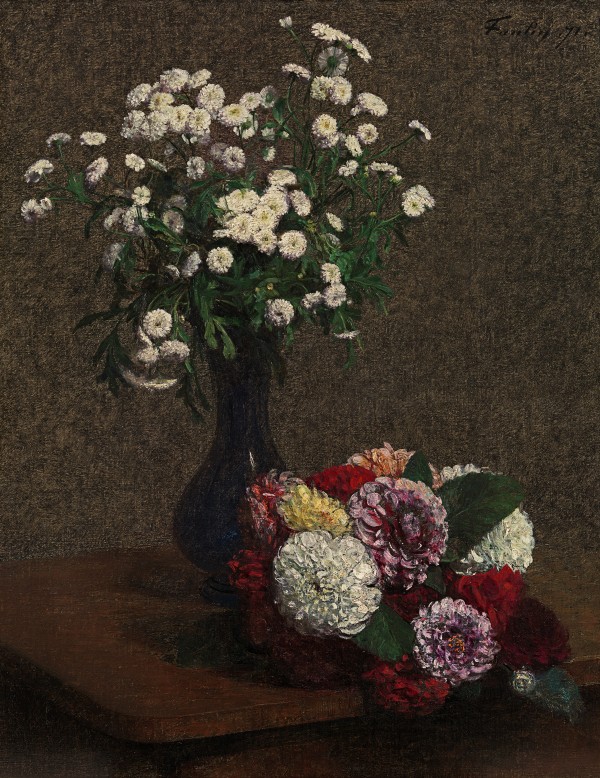 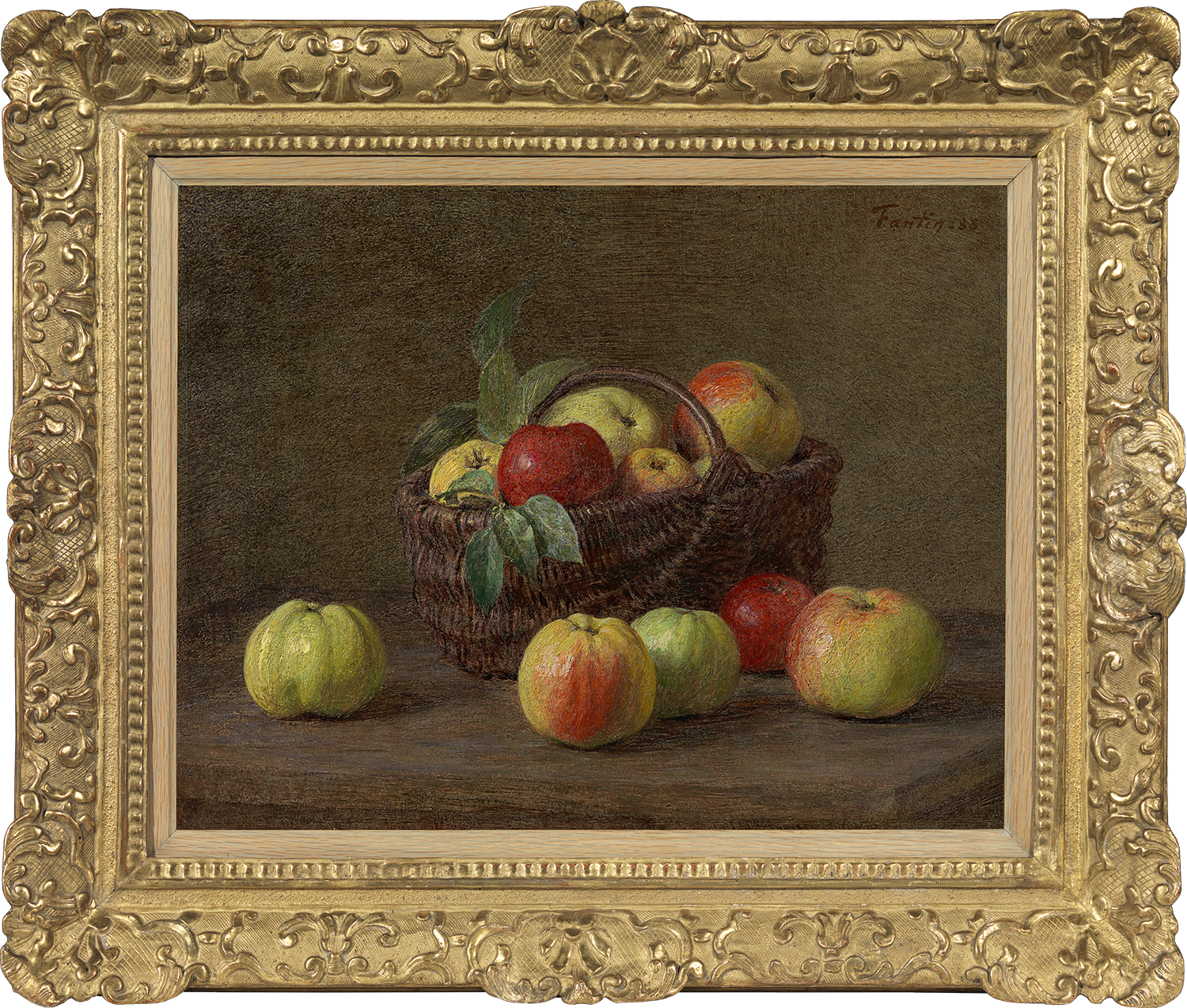