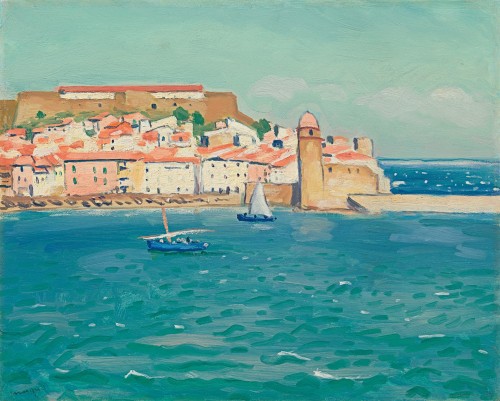 From whom acquired by a private collector, Lausanne;

by descent in a private collection, Switzerland

To be included in the forthcoming Digital Catalogue Raisonné of the work of Albert Marquet currently being prepared by the Wildenstein Plattner Institute, Inc., ref. 20.04.20/20834

This painting demonstrates Albert Marquet’s skills as a colourist: Mediterranean light and heat pour out of this canvas. The choppy sea grades from sapphire blue to turquoise, contrasting with the salmon pink, terracotta and dazzling white buildings of the old town. Behind, the sky is a hazy eau-de-nil green, with the palest of pink clouds building at the horizon, perhaps harbingers of a thundery shower that will cool the land.

André Rouveyre, a fellow student in Gustave Moreau’s atelier, wrote: ‘Marquet reigns over the kingdom of light. The light that shines on the things of this world, of course, but also that which belongs to his pictures alone: a strangely regal quality that comes from his sensitivity and wisdom’.

Marquet depicts the view towards Collioure’s harbour wall with the medieval lighthouse and the church of Nôtre-Dame-des-Anges behind. A Catalan town fifteen miles from the French-Spanish border, Collioure had a crucial place in the history of French art. Paul Signac stayed in the town in 1887; Picasso, Dufy and Chagall were all attracted to Collioure. Derain and Matisse painted ground-breaking Fauve works there in 1905, using bold, anti-naturalistic colours, flat planes and simplified compositions. Marquet associated with the Fauves as a young man and was a lifelong friend of Matisse; his later work, although more subtle in colouring, retains the bold compositions and vibrancy first explored in his Fauve period.

For centuries Collioure was of strategic importance, squabbled over by the kingdoms of Aragon, Majorca, Spain and France, to which it was finally ceded in 1659. The Royal Castle, built in the thirteenth and fourteenth century by the Kings of Majorca, was reinforced to its present outline by Philip II of Spain in the sixteenth century. By the nineteenth century Collioure was a modest fishing port and a centre for anchovy salting and canning; its unspoiled beauty attracted increasing numbers of visitors as the twentieth century progressed. 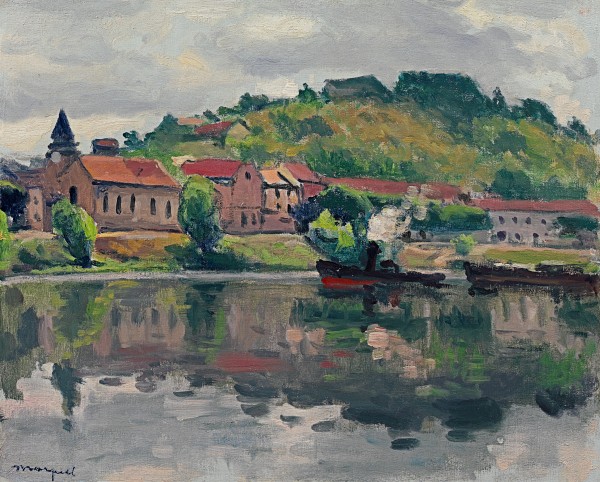 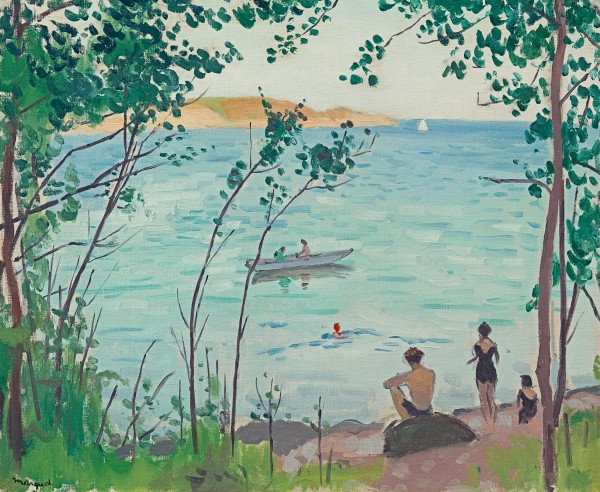 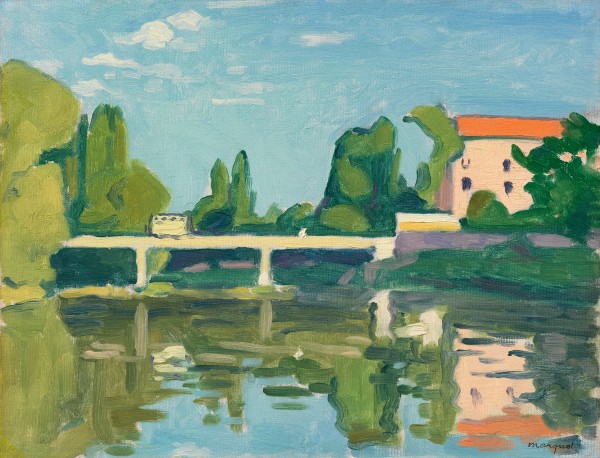 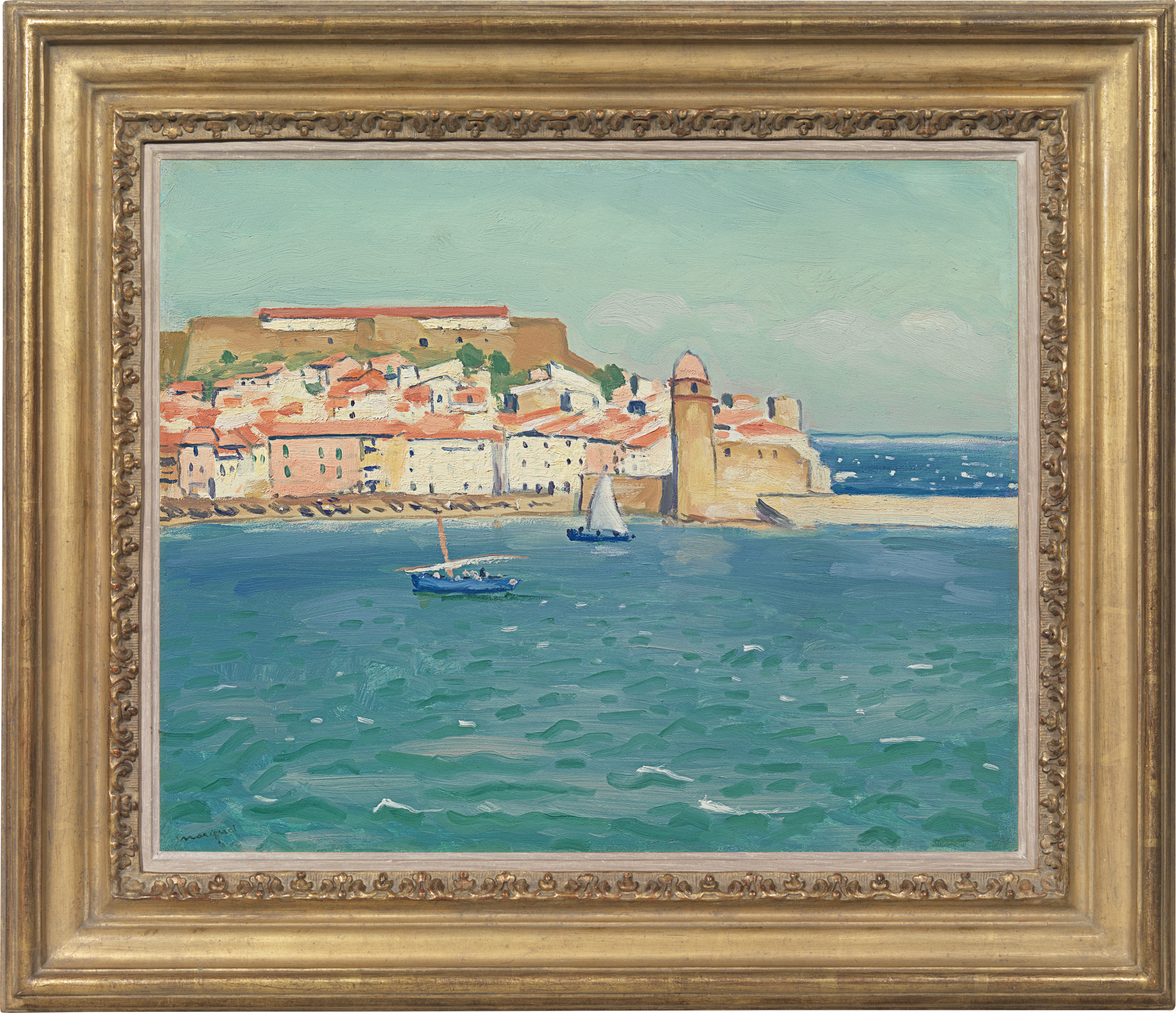