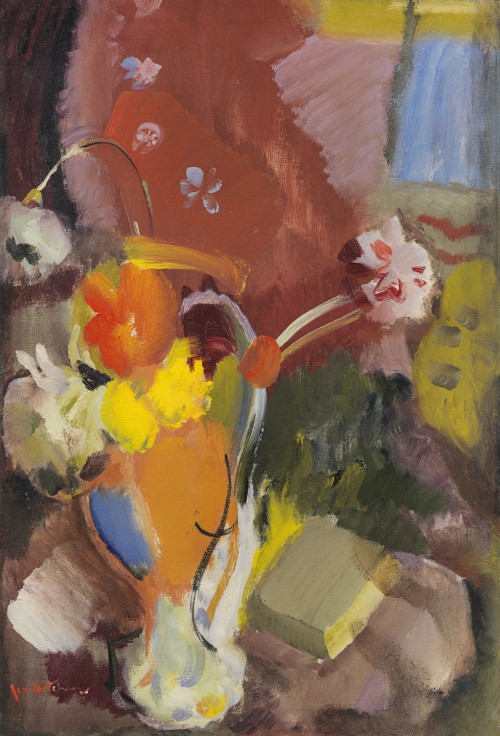 Private collection, acquired from the above February 1944, then by descent

London, Garden Museum, Ivon Hitchens: The Painter in the Woods, 8th May - 15th July 2019, not numbered

Even if we didn’t have his word for it, we could easily believe that Ivon Hitchens loved painting flowers. Their living presence was a spur to two of his greatest gifts: an instinctive feel for colour and a bravura handling of the paintbrush. In this painting one immediately senses the charge of energy transmitted to the canvas from the painter’s hand—boldly brushed patches of colour contrasting with the most delicate touch to render the fluttering petals, the swirling decoration on the lower part of the jar and the writhing stalks that suggest the flowers are straining to escape captivity. The different elements combine in an expression of joy which is the hallmark of Hitchens as it was of Matisse, whom he admired so much that he had to be wary of his influence.

Yet, at the time this picture was painted, there was little in Hitchens’ personal circumstances to be joyful about. The Germans had bombed him out of his London studio so that he had to take refuge, with his wife and new-born son, in a gypsy caravan hidden in a thicket of bracken, birch and rhododendron in West Sussex woodland. The caravan had only recently been bought as a weekend hideaway from which to paint. Now, until something more permanent could be built nearby, it was a temporary home for three. There was no electricity, and water was available only from a stand pump some distance away. Conditions were Spartan enough even without the additional privations and anxieties of wartime. But none of this showed in his paintings. On the contrary, his work seemed to take on a new richness and vigour as if in spirited reaction to outward obstacles.

Flowers red and gold was clearly painted fast, but behind the apparently carefree spontaneity lies meticulous preparation: it might take hours to achieve the right ‘pose’ for the subject and then to capture the right light. Once under way there was an urgency to get the painting done before petals dropped, flowers flopped or light faded. It had to transcend a mere painstaking study and grow into something palpitating with a new life of its own. Hitchens enjoyed the challenge, even if the intense concentration and lightning-swift decision making left him exhausted at the end of the confrontation.

After graduating from the RA Schools, Hitchens moved into a studio at 169 Adelaide Road, Hampstead in 1919 and later became part of a circle of avant-garde British artists including Barbara Hepworth, Henry Moore, Paul Nash and Ben Nicholson living in Hampstead in the 1930s. In 1920 he exhibited at the first exhibition of the Seven & Five Society, becoming a member that same year. Hitchens was elected a member if the London Artists’ Association in 1929, of the London Group in 1931 and of the Society of Mural Painters in 1937. The artist exhibited with the Leicester Galleries from 1940 until 1960, when he moved to the Waddington Galleries. Hitchens married Mary Cranford Coates on 27th June 1935.  He and his wife left London in 1940 with their only child, John, for a caravan at Greenleaves, Lavington Common near Petworth, Sussex, after a bomb landed next door to his Hampstead studio. For the next forty years, Hitchens’ six acres of woodland near Midhurst became his home, place of study and constant source of inspiration.

In 1951 the artist won a purchase prize at the Festival of Britain exhibition, 60 paintings for ‘51.  Hitchens completed a mural at Cecil Sharp House, Regent’s Park Road in 1954, and installed another mural at University of Sussex in 1962.  In 1956 the British Council arranged a retrospective exhibition of his work for the Venice Biennale.  In 1957 Hitchens was created CBE. A major retrospective of Hitchens’ work was arranged by the Arts Council at the Tate Gallery, London in 1963. In 1979 a third retrospective exhibition was held at RA Diploma Galleries. 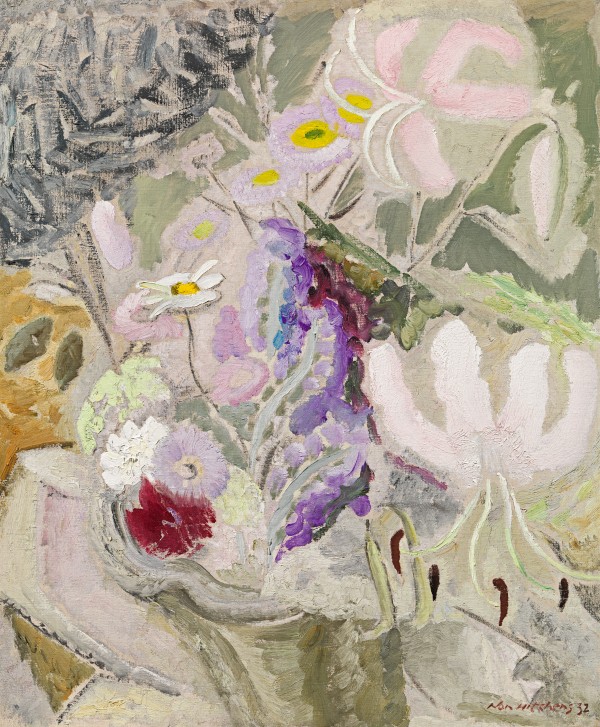 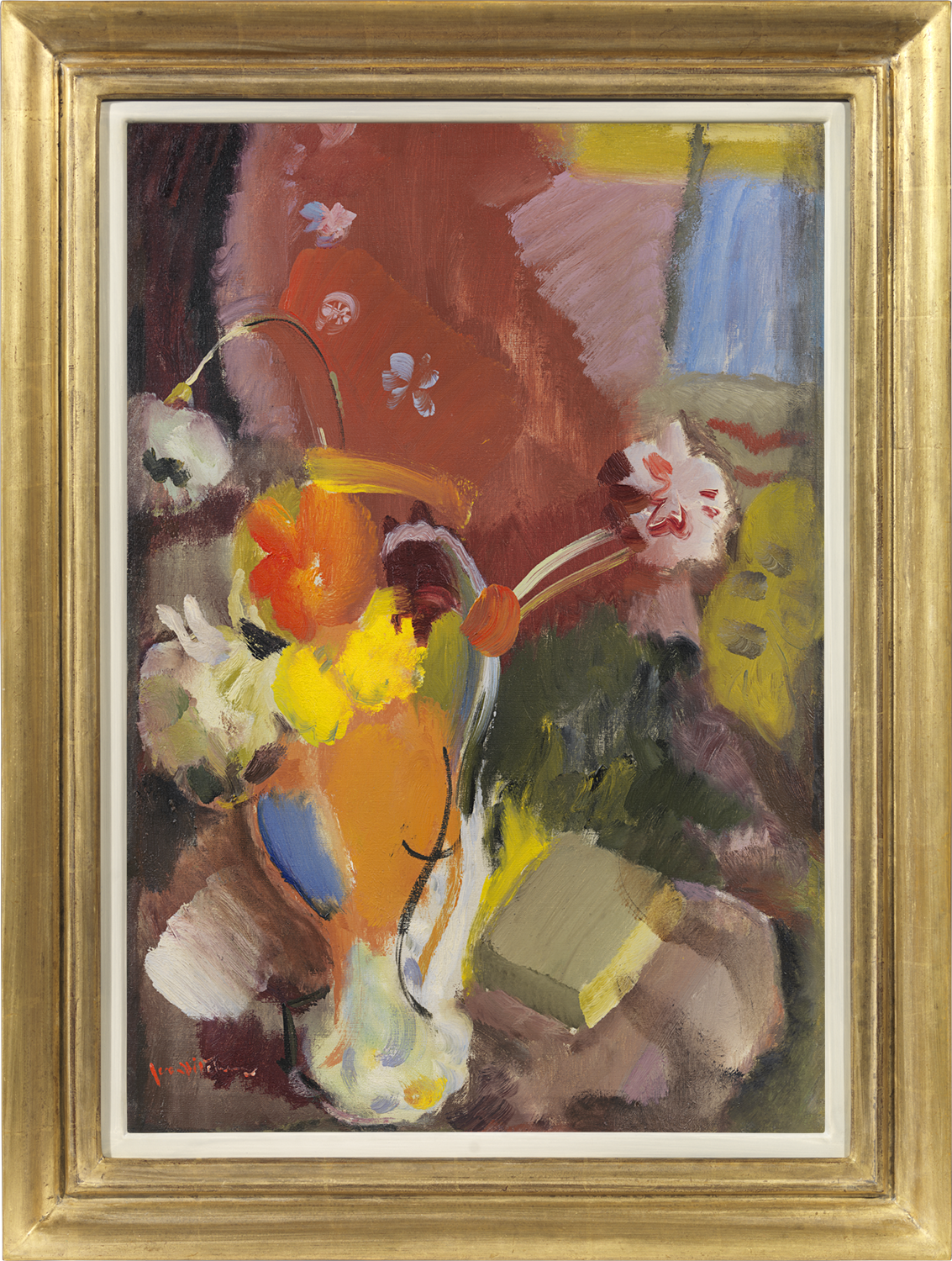