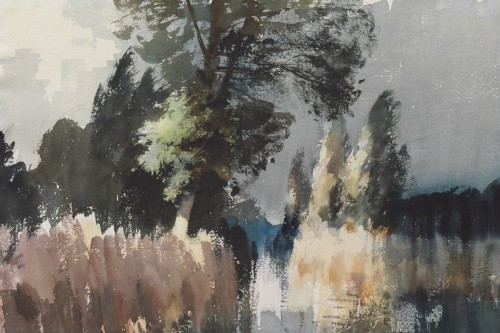 This is an excellent example of Seago’s assured watercolour style, working brilliantly in a medium which allows for no hesitation or second thoughts. He uses fluid, transparent washes, allowing the colours to leach into one another, and creates highlights by dragging a scarcely-wet brush across the textured paper, leaving the ground bare. Seago creates a scene which hovers between representation and abstraction, the edge of a stream with susurrating reeds and tall trees. Wild black poplars could be found along the rivers of East Anglia and are a favourite motif in the paintings of John Constable. They are increasingly rare and subject to conservation efforts in the Stour valley.

Throughout his life, Seago was plagued by the effects of a heart condition, paroxysmal tachycardia, with which he was first diagnosed as a boy of eight. Ironically, it was during the extended periods of ‘forced leisure’ when he was rendered house bound that Seago was able to realize his passion for painting. Seago later reflected upon these periods as being ‘spells of sheer delight’ as he was able to practice his precociously sensitive observation of nature and the countryside. Left to his own devices, he learned how to extract from his environment much of the subject matter for his art. 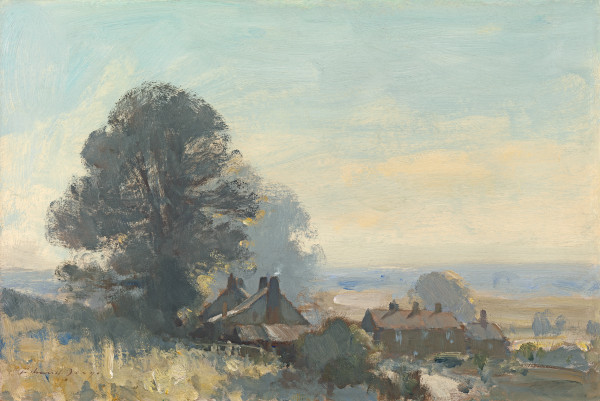