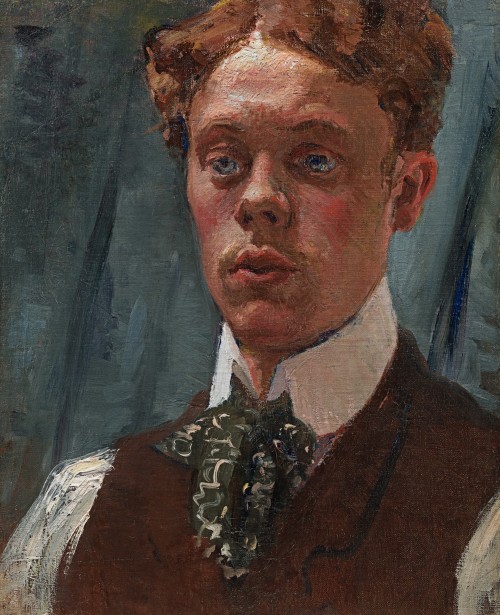 Stamped with the signature on the original backboard:

In an antique Italian/Spanish cassetta black and gold frame

Bequeathed by Mme Raoul Dufy (1880-1962) to the artist’s friend and executor Monsieur Joseph Reynier (handwritten label on the reverse);

Mme Fanny Guillon-Laffaille has confirmed the authenticity of this painting (certificate no.P22-9669)

This arresting Self-portrait by the twenty-year-old Raoul Dufy, executed in 1897, stands in a long tradition of youthful self-portraits, from Raphael’s calm classicism to Samuel Palmer’s questing intensity. It is at once a search for identity, a statement of identity and a technical challenge.

Dufy grew up in Le Havre, one of nine children. His father Léon, an accountant in a metal works, was a talented organist and conductor and Raoul inherited his love of music. Despite a sound education which included Latin, Greek, German and drawing, financial difficulties forced Raoul to leave school at fourteen and take a job as an accounts clerk at Luthy and Hauser, an importer of Brazilian coffee. He pursued his passion for art at evening classes at the Ecole Municipale des Beaux-Arts, taught by Charles Lhullier, a pupil of Cabanel. Only in 1900, when he won a scholarship to the Ecole des Beaux-Arts in Paris, was Dufy free to paint full-time.

This Self-portrait reflects the sound draughtsmanship which Dufy had learned from Lhullier, who was described as ‘a real artist, a great classical draughtsman’[1]. He explores the planes of his own face, giving a structural solidity to his features, while treating his torso and clothing more summarily. The pattern on his necktie is evoked in exuberant loops, not only giving life to the lower half of the canvas, but presaging the sinuous delight in line in Dufy’s mature works.

Equally apparent is the future Fauvist’s interest in light and colour. Dufy frames his face in a stiff white collar that throws light upon his features. His ruddy complexion is described with brio and the translucent skin of his ear is a masterly confection of pink and red tones. He uses tiny swirls of black, sapphire and white to give his prominent blue eyes a glittering intelligence as, in a mirror, he dissects the contours of his being. A candid portrait as well as a manifesto of painterly ambition, this work vividly conjures up the young artist recalled by Dufy’s friend, the poet Fernand Fleuret: ‘with his fresh complexion, his head in the air, with his blond curly hair, his protruding sky-blue eyes, dashing, flirtatious and busy’[2].

Self-portraits are rare in Dufy’s oeuvre. Twelve are currently known, of which seven date from around 1897-8[3]; the rest are from the end of Dufy’s life, 1945-50. They include two Self-portraits of 1898 in the Musée National d’Art Moderne, Centre Pompidou, Paris, in one of which Dufy wears the loose collar and cravat of a Romantic poet, and in the other a hat tipped at a jaunty, dandified angle[4]. The present work is perhaps the most fully realized of the group of early self-portraits. It remained in Dufy’s possession and was bequeathed by his widow Emilienne (1880-1962) to Raoul’s friend and executor, Joseph Reynier, in whose family the Self-portrait has descended.

Raoul Dufy’s beginnings were marked by his curiosity towards art in general and his love for painting and music. In his leisure time from his work as a book-keeper he took evening courses at the Ecole des Beaux-Arts in Le Havre and constantly visited the museums. He formed a close friendship with another young artist, Othon Friesz, and both men were influenced by Eugène Boudin and Jean-Baptiste-Camille Corot.

Other Works By
Raoul Dufy: 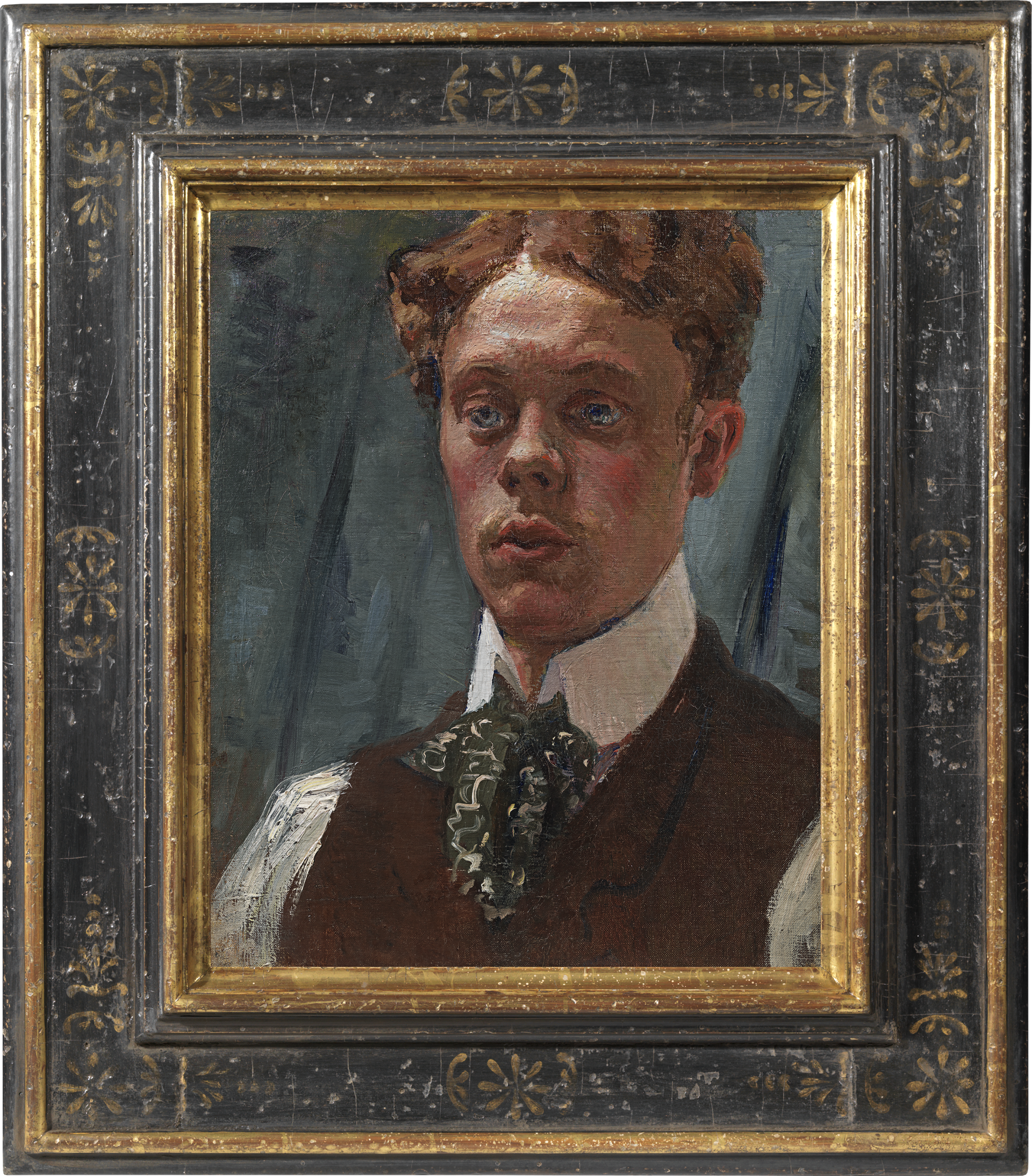