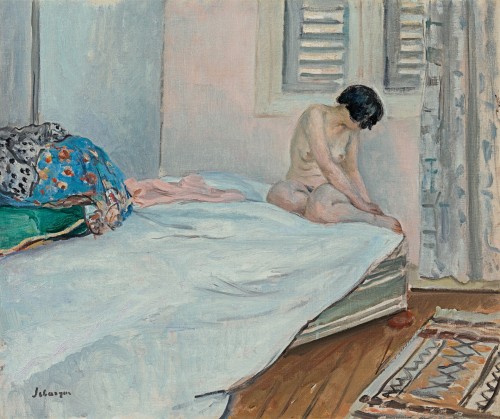 Richard Green, London, acquired from the above

Famed as a painter of ‘joy and light’, Lebasque is admired for the intimacy of his subject matter and his unique delight in colour and form. Nu assis au pied du lit, le Cannet was painted in 1929 and forms part of a group of nudes executed between the early 1920s and 1930.

In 1925 Lebasque moved to Le Cannet on the French Riviera and, inspired by his friend and neighbour Pierre Bonnard, he painted a series of intimate and sensitive nudes adopting the flatness of shape and colour espoused by the Fauves and blending it with a sophisticated and subtle fluidity. For a short period, Bonnard and Lebasque shared models, however, Lebasque preferred to paint more voluptuous figures and encouraged his models to wander naked around the house posing at random. These paintings are languid and serene, the figures are clothed only in the warm light of the sun, surrounded by luxuriant fabrics and sumptuous patterns. Paul Vitry dubbed Lebasque’s nudes ‘rediscovered chaste’ conveying ‘the impression of a natural and nonchalant abandon’. The sitters face is often turned from the viewer in a display of modesty and the coy, almost coquettish attitude of the subject imparts an innocence, further enhanced by the cool, soothing tones of the surroundings contrasting with the warm tones of the model’s flesh.

Born in Champigné in the Loire valley, the son of a wood merchant, Lebasque went to Paris in 1885 and studied at the Ecole des Beaux Arts. He then entered the atelier of the portraitist Léon Bonnat and began to exhibit at the annual art society exhibitions and the Paris Salons. He later assisted Ferdinand Humbert with the decorative murals of the Panthéon. Lebasque’s vision was coloured by his contact with younger painters, especially Vuillard and Bonnard, founders of the Nabis group and Intimists who favoured the calm and quietude of domestic subject matter. From his acquaintance with Seurat and Signac, Lebasque learnt the significance of a colour theory which stressed the use of complementary colours in shading.

Lebasque was a founding member of the Salon d’Automne in 1903 with his friend Matisse. Two years later a group of artists exhibited there who included Rouault, Derain, Vuillard, Manguin and Matisse. They were dubbed ‘Les Fauves’ for their stylistic ‘savagery’. The critic Vauxcelles noted that Lebasque’s talent arrived ‘in the midst of the roaring of the unchained beasts’. Like Les Fauves, Lebasque adopted a similar flattening of the picture plane, but blended with a sophisticated, subtle fluidity. He painted domestic scenes with his family as models, landscapes, portraits and nudes. 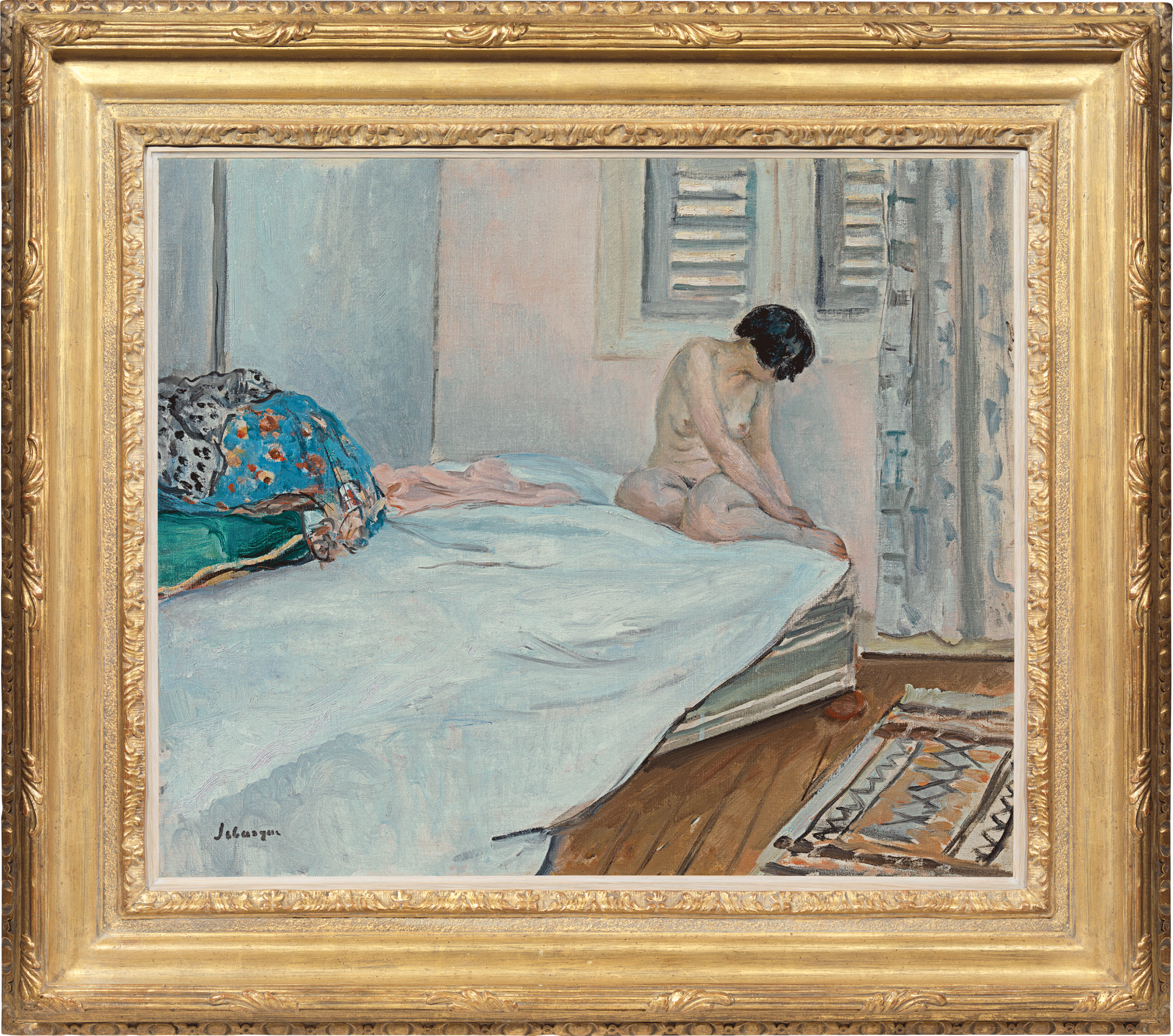