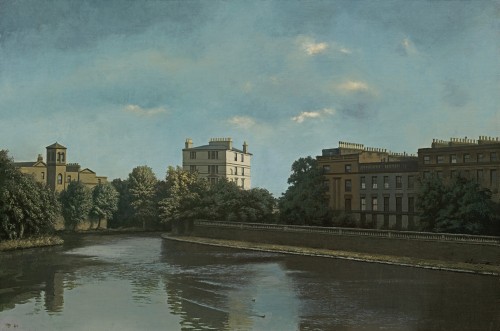 Signed with monogram and dated lower left: AN 40; inscribed with the title and signed on the overlap: REGENT’S CANAL, PADDINGTON ALGERNON NEWTON A.R.A.

Algernon Newton painted his first Regent’s Canal in 1922 and went on to paint a number of canal views, including The Regent’s Park Canal, Paddington, 1930, in the collection of the Royal Academy of Arts, London, and became known to his contemporaries as “the Regent’s Canaletto.” Newton returned to the subject in 1940, perhaps inspired by the exhibition of his early pen and wash drawing, Canal, near Paddington, November 1923, at the National Gallery Exhibition of 20th Century British Paintings, held earlier that year.

Newton undertook a detailed study of the exquisite tonal relationships achieved by the great Venetian painter Canaletto: “I had never before seen such accurate and sensitive values in any other master concerned with the rendering of light in landscape”.[2] Their secret, he felt, lay in the dual tints of the underpainting, observed from nature: “The cool grey shadows and warm golden lights, no wonder the street glowed with golden sunlight, no wonder Canaletto’s canal scenes shimmered in the sun’s rays: were they both not painted with the same brush dipped in truth?”[3] Gradually Newton developed his strikingly original technique based on his studies of the old master, as Nicholas Usherwood describes: ‘This method consisted firstly of an underpainting, or duochrome base as he called it, of cork black and cyanine blue for the cool, shadowed areas, and raw sienna and raw umber for the warm, sunlit areas. Local colour was then laid in over this, in a series of thin paintings and glazes, the pure glaze using the pure colour, without any white added, and thinned with enough linseed oil to allow it to be easily “washed” on with flat sable brushes – a process not unlike watercolour painting and giving him, as he himself put it, a similar luminosity and transparency but without losing the solidity and strength of oil painting.’[4]

Canaletto also inspired Newton’s urban subject, the city, though it was the everyday architecture and deserted waterways of Camden and Kentish Town that stirred his unique imagination: “When I first came (back) to London from Cornwall, I could not see anything I wanted to paint but after a few weeks of wandering about the streets in all parts of London, I came to the conclusion that there was much worth painting and that London held a very individual beauty of its own, a beauty that was London. There always seemed to be a warm haze enveloping everything including the sky and the clouds floating behind the roofs and chimney pots looked even more majestic than they had appeared in Cornwall. I was chiefly attracted to the poorer districts and the slums. They seemed to me so much more beautiful that the West End of London, there was more of the individual character of London there, far more mental atmosphere and a certain sadness made up of human associations hung over the sordid streets and backwaters of London…I liked walking along the towing path of the Regent’s Canal and seeing London as it were from the wings in a theatre. Walking along the towing path one seemed to lose all sense of locality, there was nothing to indicate the district one was passing through. Occasionally a cream coloured Regency house would cast its trembling reflection into the dark water of the canal.’[5]

We are grateful to Nicholas Newton, the artist’s grandson and Sir Mark Jones, for their assistance with the cataloguing of this work.

[1] Sir Robert McLean (1884-1964) was general manager of the Great Peninsular Railway Company and then Managing Director and Chairman of Vickers. He named the Spitfire after his daughter Annie who married Algernon Newton’s son Robert Newton on Christmas Eve 1936. Robert Newton’s sister Joy was married to Beakus Penrose, brother of Roland Penrose. Beakus divorced Joy and married Annie, thenceforth Annie Penrose (1911-2011), who inherited this painting from her father.

Other Works By
Algernon Newton: 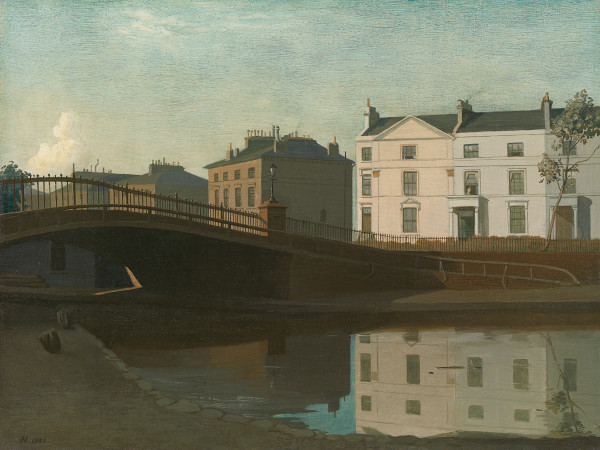 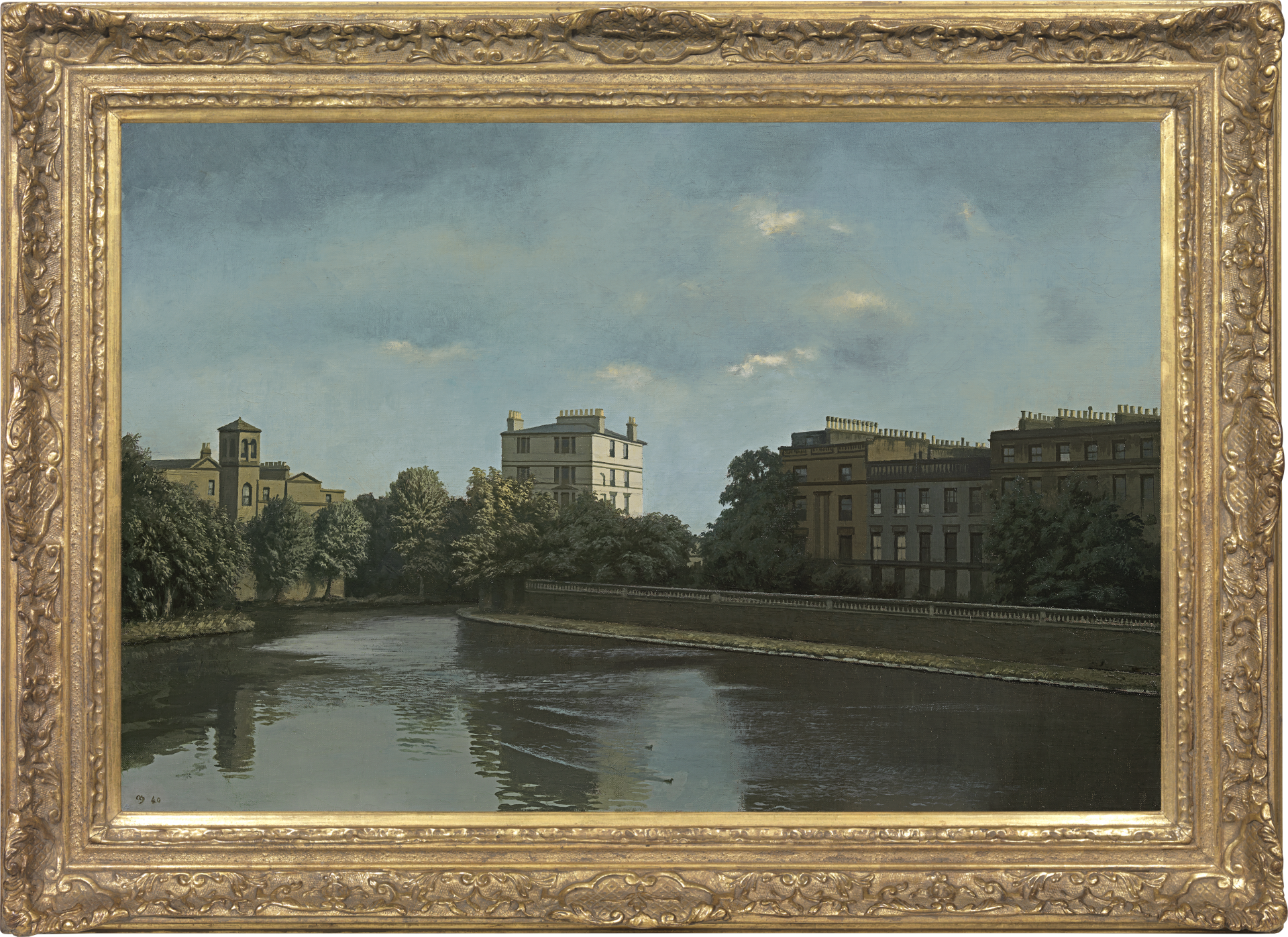