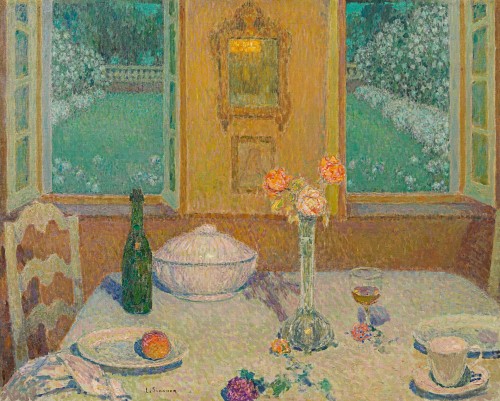 In 1901 Henri Le Sidaner went to Gerberoy, about six miles north-west of Beauvais in Picardy, in search of a house round which he could develop a garden. The area had been recommended to him by Rodin. Le Sidaner was enchanted by the ‘old sleepy town, steeped in history and gentle nostalgia’[1], where William the Conqueror had fought his unruly son and which had been besieged in the Hundred Years’ War and the sixteenth century Wars of Religion. Le Sidaner rented a small cottage which in 1910 he bought and began to enlarge, adding a garden of terraces, Italianate balustrades and pavilions, overlooking half-timbered houses, cobbled streets and the rolling countryside beyond. The house was bitterly cold and Le Sidaner spent only one winter there, retreating otherwise to the comforts of Versailles, the South of France or elegant European cities such as Venice and London. In the summers Gerberoy was his paradise and the inspiration for many paintings depicting the soft grey, rambling lanes and nooks of his garden illuminated with oblique light. It became as important to him as Giverny to Monet or the garden at Marquayrol to Henri Martin.

Le Sidaner was fascinated by crépuscule, the hour ‘entre le chien et le loup’ when colours become mysterious. Here, the soft yellow glow of the interior, lit by the light reflected in the mirror, contrasts with the pulsating green and white of the garden beyond. Le Sidaner created a White Garden in the first years of the twentieth century on the terrace to the south side of his house, influenced by English garden design, but predating by some three decades Vita Sackville-West’s famous White Garden at Sissinghurst. Glimpsed beyond the open windows in this painting are the borders of white oeillets mignardises or dianthus. Their sweet scent mingles with that of the white roses, drifting through the open summer windows. The white flowers glow in the dusk. Inside, the table is laid for an elegant but simple supper: human presence is implied, but rarely, in Le Sidaner’s mature work, do people appear.

The painting demonstrates Le Sidaner’s mastery of colour, tone and composition. The roses in the vase, composed of staccato strokes of pink, orange and yellow, are echoed in the yellow, orange, pink and deep violet of the orange on the white plate. Le Sidaner unifies the composition by working varied shades of lilac and purple across the canvas, contrasting with the yellow tones. The intense purple-pink of the flowers in the foreground is picked up in the subtler shade of violet among the shadows of the wine glass and the shadow thrown by the tall central vase, fading out into the plum and brown tones of the wall under the windows. The crepuscular greens of the garden are echoed in the emerald green of the wine bottle, bringing the dominant colour of nature into the house. A spark of orange light has alighted on the bottle, a delicious touch of warmth, harmony and domestic contentment.

A compositional study for this painting was included in the Le Sidaner exhibition at the Maurice Sternberg Galleries, Chicago in 1968, no.7, illus.[2].

Other Works By
Henri Le Sidaner: 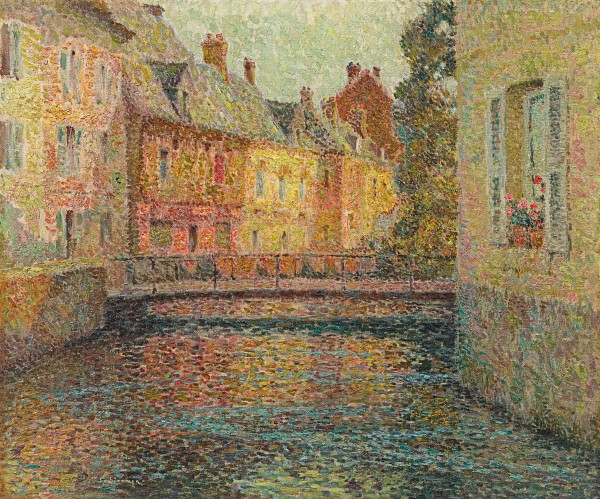 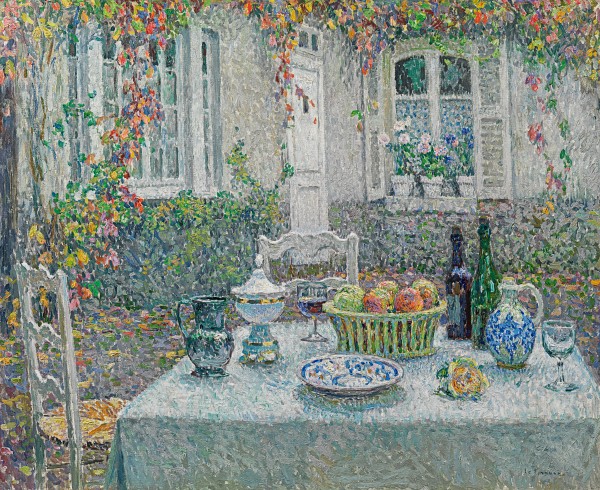 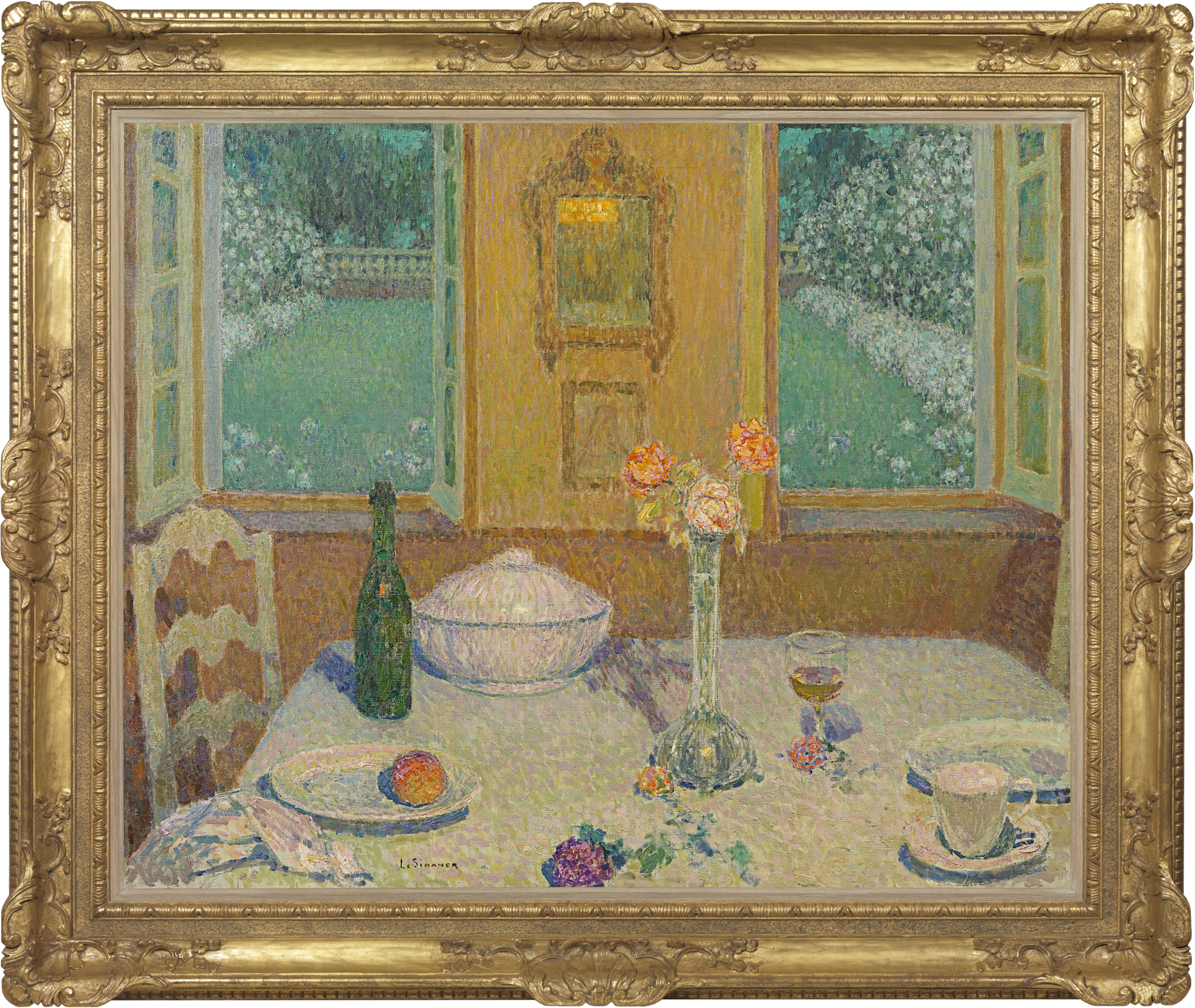