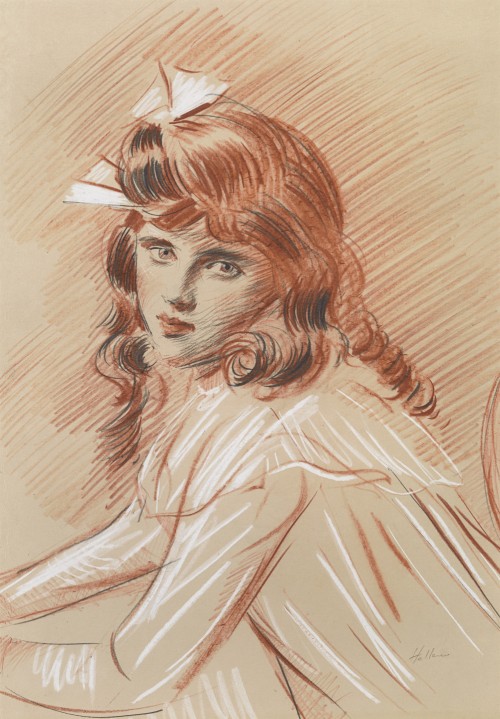 Paul-César Helleu’s elegant, red-haired wife Alice, whom he married in 1886, was his muse and chief model. Ellen, the first of their four children, was born on 4th September 1887. Helleu adored his children and frequently used them as models. He portrayed Ellen from her baby years until she had grown into a young woman as beautiful as her mother. In 1911 Ellen married Emile Orosdi, son of the businessman and Impressionist collector Léon Orosdi. Emile made his fortune developing the cosmetics firm Bourjois.

Pastels by Helleu of Ellen as a toddler show that she had dark hair and striking, pale blue eyes. Here he uses the technique of trois crayons - sanguine, black and white chalk – made famous by Jean-Antoine Watteau (1684-1721), the most celebrated French draughtsman of the eighteenth century. Helleu was deeply influenced by the ancien règime and furnished his house in neo-rococo style. A brilliant draughtsman himself, Helleu uses rapid but varied line to suggest the softness of the child’s skin and the glossy curls of her hair. As the light strikes it, Ellen’s dark hair takes on a coppery tone, the glorious colour of her mother’s hair which held Helleu in thrall all his life. The dazzling white bow in her hair and her white dress with its frilly ‘Pierrot’ collar give her an air of innocence and tie her more closely to Watteau’s poetic Commedia dell’arte figures. Another trois crayons drawing of Ellen, wearing the same dress, is in the Art Institute of Chicago. 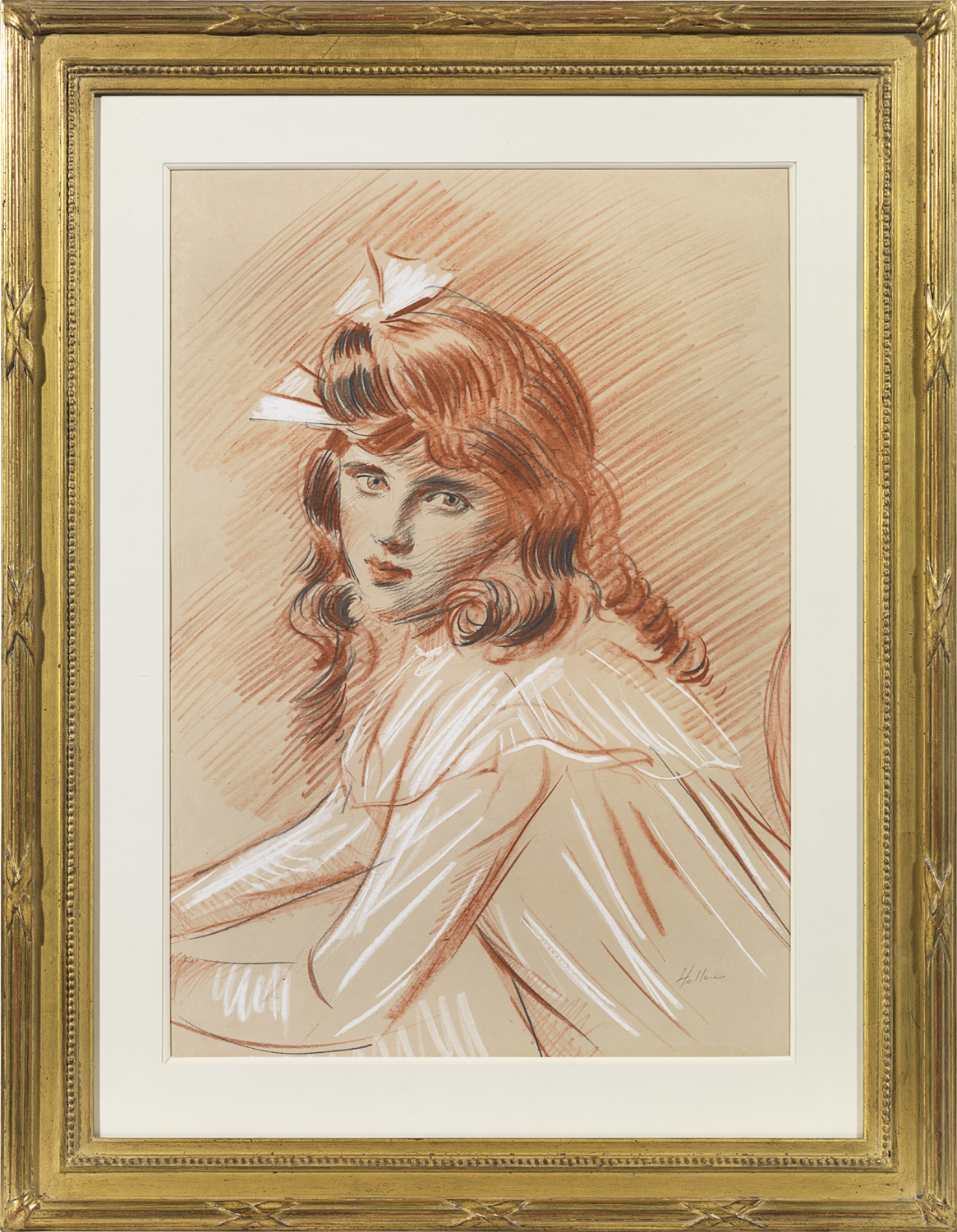