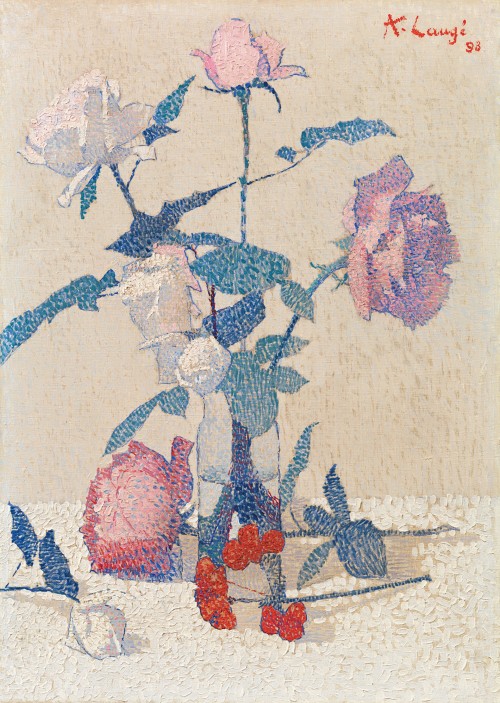 Laugé’s delightful roses, presented in elegant profile, are rigorously observed and defined in various stages of development; from tight, sculptural white buds to billowing, highly detailed blooms of candyfloss pink, they lead the eye from the cut, reclining roses in the foreground, to the top, near vertical bud, connected and cut across by horizontal and oblique stems and foliage. Cropped to the left and asymmetrically arranged, the flattened space of Laugé’s Roses dans un verre d'eau, recalls, as does Branche d'amandier en fleur, the influence of Japanese art. The eye is also drawn to the bright scarlet geranium at the base of the vase, the intensity of its hue (echoed in the signature), juxtaposing minute strokes of orange, red and mauve, a revelation.

Laugé came to Divisionism, or Neo-Impressionism, several years after having discovered it in Paris in the work of Georges Seurat (1859-1891). Disappointed by his academic studies and having completed his military service, Laugé returned to his native soil in the Audois and independently followed an empirical approach to the movement, composing his pictures with a modified Pointillist technique from 1888 to the mid-1890s. From 1892, Nicole Tamburini records, he painted according to the essential rules defined by Seurat and published by Paul Signac in 1899; using pure, balanced and optically mixing shades, methodically juxtaposing individual touches of colour whose hues would combine with greater vitality in the eye of the beholder, so that ‘colour takes on a vibration comparable to the reverberation of light on forms.’[1]

In 1916, Laugé moved into a studio in the former Palais de Justice at Alet-les-Bains, about fifteen miles from his house at Cailhau. He used floral motifs in his designs for tapestries for the Gobelins factory, notably in the elaborate borders to a set of tapestries of the Four Seasons, executed by Laugé 1915-19[2]. In 1919 Laugé was commissioned by M. Castel, Mayor of Lézignan and Député of Aude, to decorate his Château de Gailhadet, near Mirepoix. From 1926, Laugé rented a fisherman’s cottage in Collioure every summer, frequently meeting Henri Martin, with whom he remained friends. During the Occupation in 1940, he retired to the University campus of Toulouse. 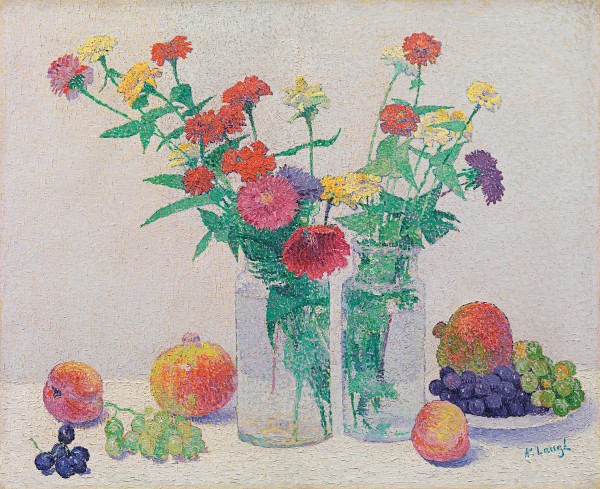 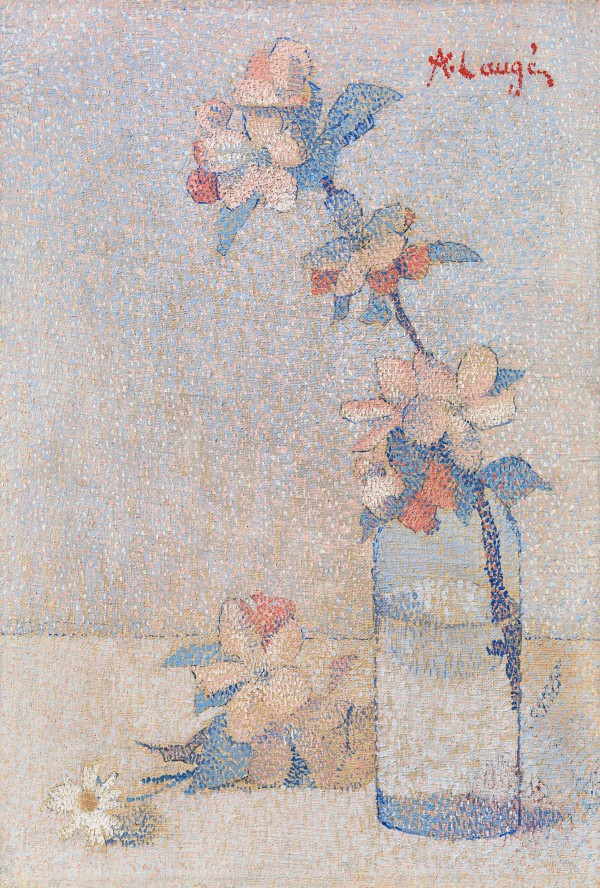