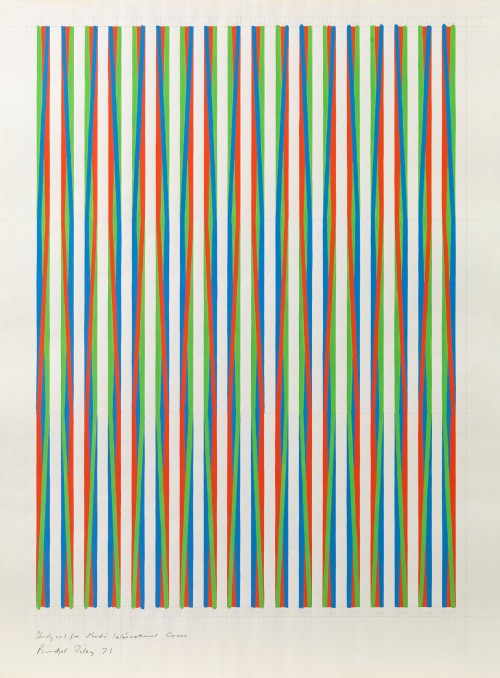 Jeremy Lancaster, acquired from the above, 7th April 1983

Studio International, July-August 1971, vol.182, no.935 (another version illustrated in colour on the cover)

Bridget Riley’s Study no. 1 for Studio International Cover is part of a series of preparatory works for the pivotal oil painting Zing 1, 1971 (BR 137, location unknown) and the cover of Studio International that summer. This iridescent, impactful composition employs a vivacious triad of red, green and blue in eighteen sinuous columns punctuated by vertical bands of white paper, revealing and revelling in the artist’s experimentation with twisted colour stripes to create luminous horizontal zones of coloured light. Riley introduced pure colour into her work following a trip to Greece in 1967, with a limited palette of two then three colours plus white, using the line or stripe as her formal vehicle: ‘This long thin unit (which provides what Riley terms ‘edge exposure’) could carry colour well and could be crossed, twisted, curved or diagonally slanted. It enabled her to build up colour fields in a way that would not have been possible with more complex geometric forms.’[1] In the subsequent works, colours interact, releasing coloured light into the white intervals, an effect Riley refers to as ‘disembodied colour sensation.’[2]

The coloured stripe paintings that dominated Riley’s work between 1967 and 1974 represent a cornerstone of her optical investigations, to which she would continue to return. In Zing 1 and its studies, she began to experiment with overlapping and entwining thin painted strips of paper, the coloured light produced creating a chromatic complexity that would find further expression in her later curve paintings.

‘When colours are twisted along the rise and fall of a curve their juxtapositions change continually. There are innumerable sequences each of which throws up a different sensation. From these I build up clusters which then flow into each other almost imperceptibly.’[3]

Riley’s preparatory studies on paper form the essential basis of her work, incorporating pencil drawing, gouache, collage and full-scale painted cartoons, in which she investigates the latent energy in particular shapes and sequences of colour while ensuring the precise balance of a painting’s structure by intuitive, empirical means. The artist relies on the resulting bank of visual information which determines the scale and proportion of shape and colour within the final image. The present work demonstrates this draughtsmanship and delicacy at its finest, documenting the precision with which the artist honed her understanding of colour, line and form.

Radiant with energy, this glorious gouache was exhibited at the Hayward Gallery in 1971, along with Zing, as part of Riley’s first European retrospective, which received significant critical acclaim. Writing in the New Statesman, Robert Melville declared that ‘No painter, alive or dead, has ever made us more conscious of our eyes than Bridget Riley.’[4] Just three years earlier, Riley won the International Prize for Painting at the 34th Venice Biennale, 1968; the first British contemporary painter and woman to receive this distinction. 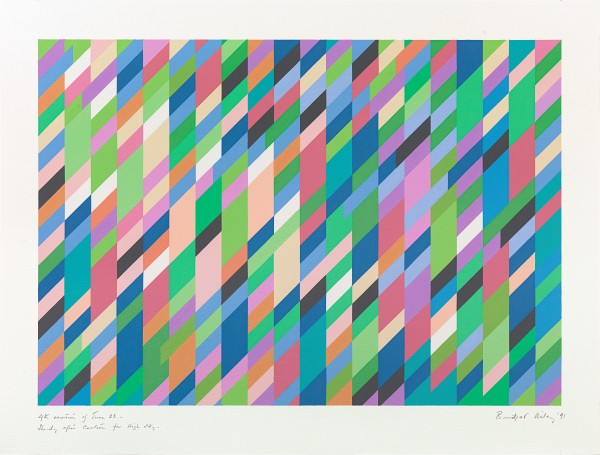 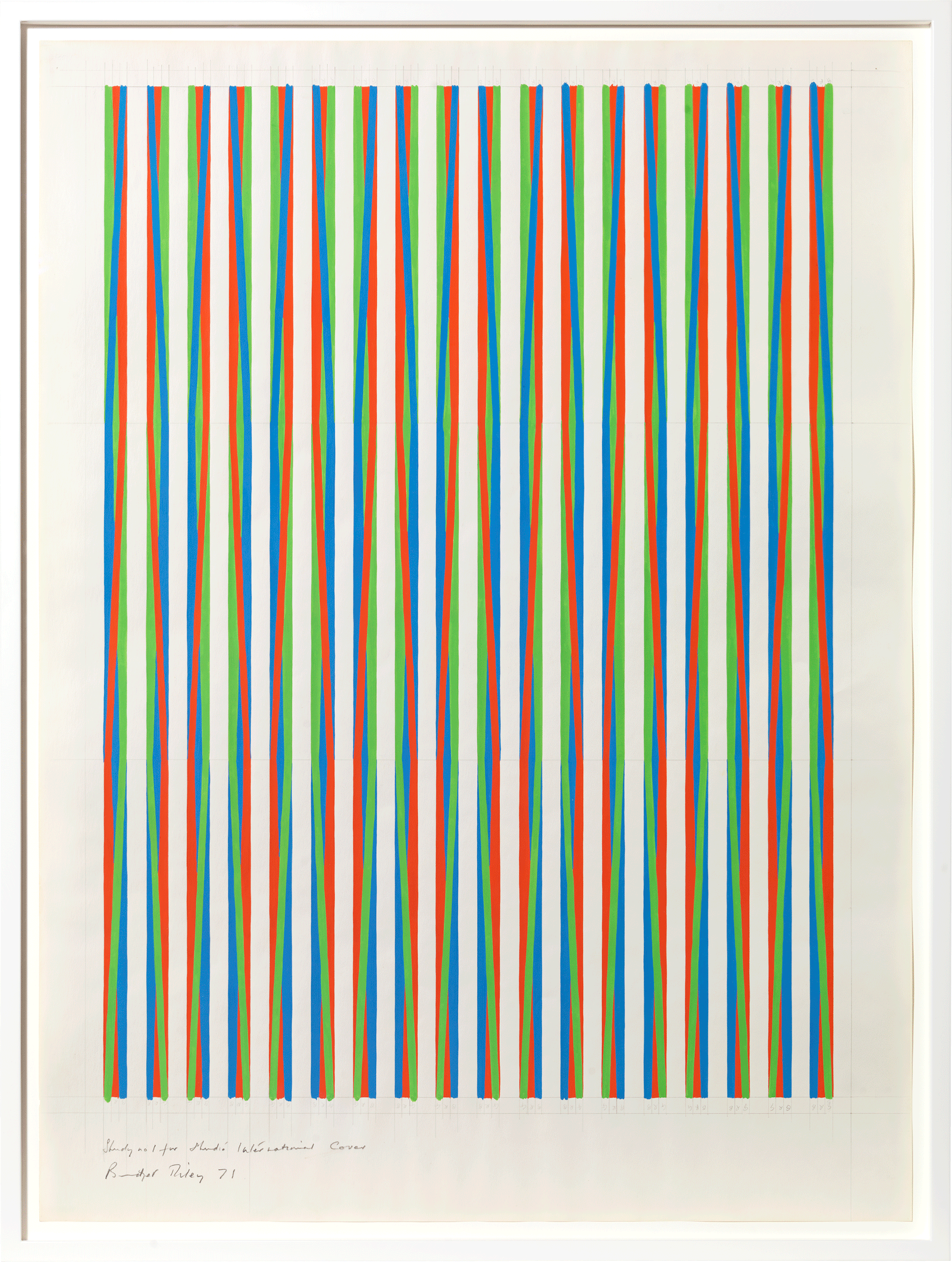