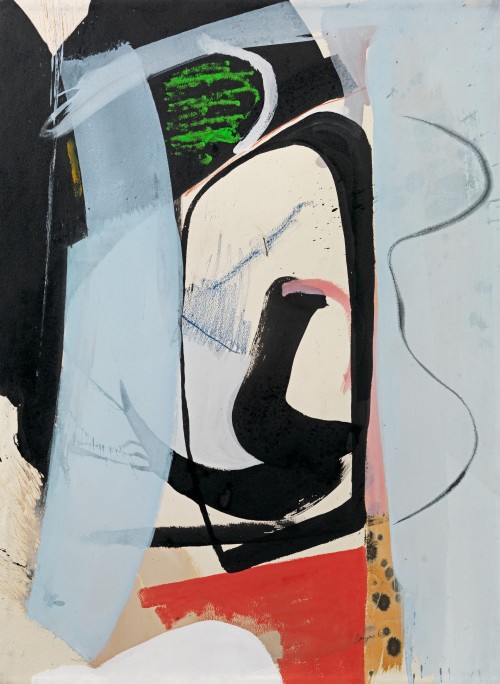 Signed and dated lower right: Lanyon '63; signed, dated and inscribed on the reverse and again on a label attached to the backboard: TEXAN HIGHWAY / Lanyon March ’63

Peter Lanyon was the only native Cornishman of the post-war St Ives group, uniquely placed in both his knowledge and experience of the landscape of west Cornwall and in his access to local artists and their studios. He studied at the Penzance School of Art and briefly the Euston Road School, London, augmented by private lessons with Borlase Smart and later Ben Nicholson in 1939. Following active service with the RAF during the Second World War, Lanyon returned to St Ives and became actively involved with the Crypt Group, the Penwith Society of Arts and the Newlyn Society of Artists. After teaching at Bath Academy of Art, Corsham from 1957-60, Lanyon ran an art school, St Peter’s Loft, at St. Ives with Terry Frost and William Redgrave.

Lanyon spent the spring of 1963 as guest painting instructor at the Marion Koogler McNay Art Institute in San Antonio, Texas which resulted in a number of new paintings dominated by a dramatically brighter palette.¹ These constitute a new and final phase of his work, strongly influenced by the experience of travelling beyond his home landscape. Texan highway is a superb example of Lanyon’s late painting and the degree to which his rendering of landscape continued to evolve.[1]

Peter Lanyon was born on the 8th February 1918 in St. Ives, Cornwall, the only son of Herbert Lanyon, a semi-professional musician and photographer. Following a private education at Clifton College near Bristol, Lanyon enrolled at Penzance School of Art in 1936. He supplemented this formal training with private lessons under the painter Borlase Smart (1881–1947). In 1937 he met Adrian Stokes, whose writing and aesthetic theories dramatically affected his work. After a trip with his mother and sister to South Africa in 1938 and a period of depression, Lanyon enrolled at the Euston Road School in London in May 1939, as advised by Stokes. Though he stayed for no more than two months, his principal teachers being William Coldstream and Victor Pasmore, he believed the experience was ‘exceedingly good training’.

Having returned to Cornwall, Lanyon noted the disintegration of his painting in July/August, but was once more aided by Stokes who suggested he take lessons with Ben Nicholson, which began in September 1939. Receiving direction in formal aspects of abstract composition from a leading figure of British Modernism led Lanyon into experiments with reliefs and constructions, such as his White Track and Box Construction No. 1. Throughout the 1940s the influence of Nicholson, as well as Naum Gabo and to a lesser extent Barbara Hepworth, was visible in his work. Lanyon enlisted at the age of twenty and served in the Royal Air Force in North Africa, Palestine and Italy. In 1946 he married Sheila St. John Browne and they had six children between 1947 and 1957. After World War II, Lanyon was actively involved with the Crypt group and was a founder member of the Penwith School of Art in 1949.

Lanyon had his first one-man exhibition at the Lefevre Gallery in London in 1950 and began teaching at the Bath Academy of Art, Corsham, until 1957. From 1957-60 he ran an art school, St Peter’s Loft at St. Ives with Terry Frost and William Redgrave. In 1957 he visited New York for a one-man exhibition at the Catherine Viviano Gallery, where he met Mark Rothko and Robert Motherwell.

Lanyon began gliding in 1959, as he explained ‘to get a more complete knowledge of the landscape’.  The lack of a source of power, other than the natural air currents on which one flies, makes gliding a far more elemental experience than motorised flying. For Lanyon it was like being a bird; a solitary experience in which one must apply an in depth knowledge of natural phenomena. This encounter with the movement of air over different types of land and sea, and the “bird’s-eye-view” of topography he came to understand as a result of gliding, was incorporated into his vision as an artist. It evidently had a great visual impact on his painting and print-making. Sadly, what had been a source of creativity for Lanyon also became one of destruction; Lanyon died from injuries incurred in a gliding accident on 31st August 1964 at Taunton.

[1] Toby Treves states that Lanyon made gouaches in Texas, but painted several oils relating to Texas and Mexico upon his return to St Ives in April. See Treves, Peter Lanyon Catalogue Raisonné of the Oil Paintings and Three-Dimensional Works, Modern Art Press, London, 2018, p.69 and no.s 532–7, 539. 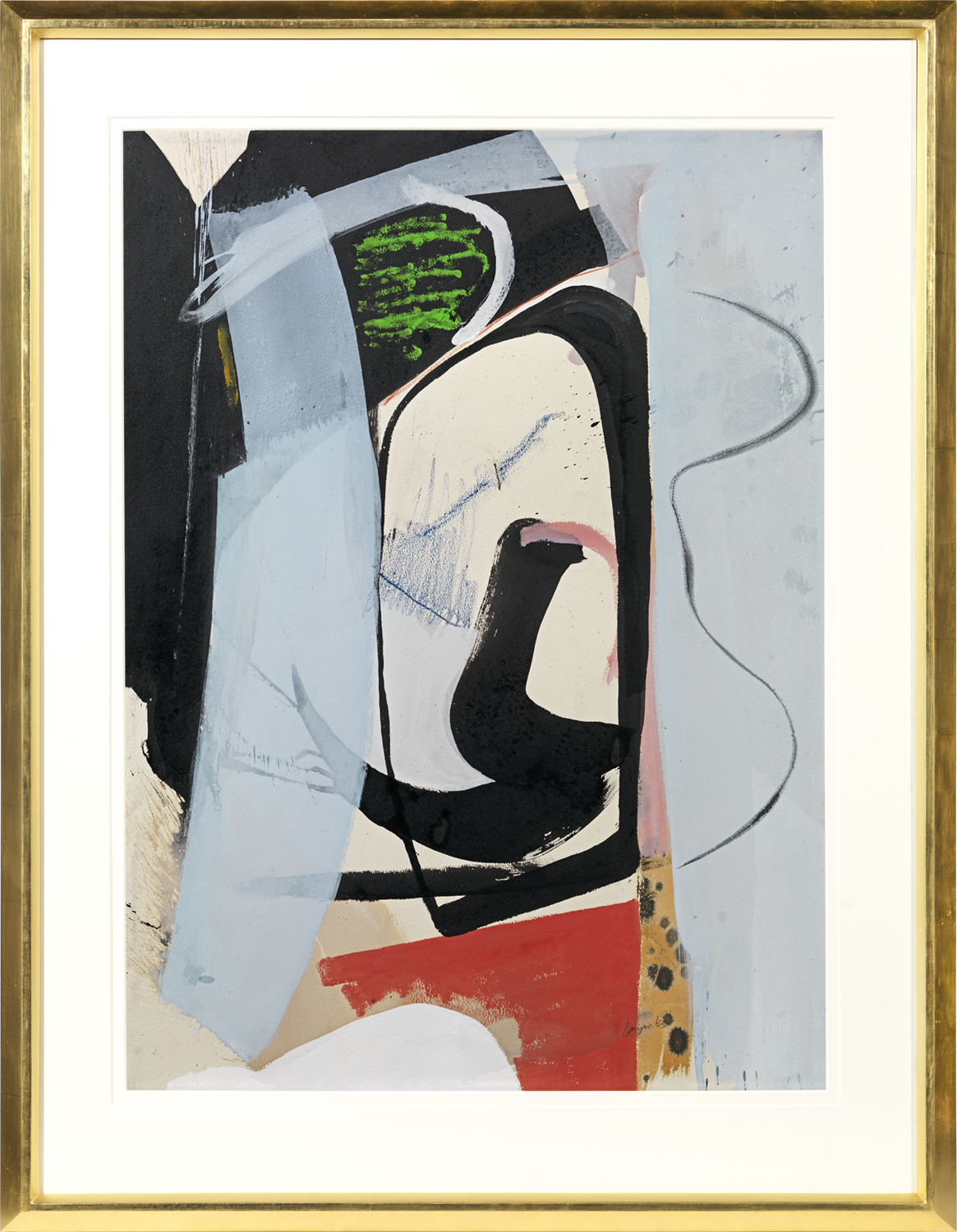